Get VIP Trading Signals Market Watch
Trade Now Your capital is at risk.
Blockchain startup ShipChain is taking on water fast. The US SEC ordered ShipChain to pay a $2 million penalty for violating securities laws in 2017.

December 23, 2020 | AtoZ Markets – The US Securities and Exchange Commission (SEC) has issued a cease and desist order against ShipChain, a blockchain company, for allegedly distributing unregistered securities.

As part of the settlement of claims, the company will pay a fine of $2 million.

“The penalty represents substantially all of ShipChain’s net assets,” according to the order. ShipChain has further opted “to cease all operations,” the order said.

ShipChain had sought to build an automated ledger for international trade atop the Ethereum blockchain. It sold 145 million SHIP tokens to over 200 investors in late 2017 through early 2018. An early project whitepaper explained that proceeds would power research, development, marketing, legal – basically, all operations.

In May 2018, South Carolina authorities ordered ShipChain to stop distributing "unregistered investment contracts." According to the department, the company violated the legislation on securities.

ShipChain representatives argued that the startup operates within the legal framework, and its token does not belong to securities. In July of the same year, the state attorney's office overturned the banning order, which became a unique precedent in the United States.

However, the SEC considered the ShipChain ICO unregistered. By agreement with the regulator, the startup will pay a $2 million fine, remove SHIP from cryptocurrency exchanges and transfer the tokens to the agency. 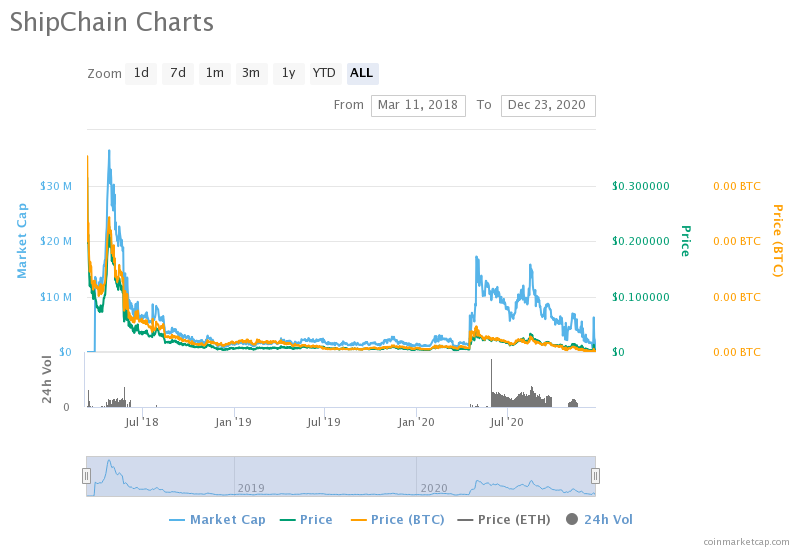 As a reminder, the US SEC on Tuesday filed a lawsuit against Ripple, and two of its executives for conducting what the regulator alleged to be a $1.3 billion unregistered securities sale.