Get VIP Trading Signals Market Watch
Trade Now Your capital is at risk.
Russia's Minister of Industry and Trade - Denis Manturov - has revealed that local authorities will finally legalize cryptocurrencies as a means of payment "in one format or another." Any consent would be in direct contradiction to the central bank's proposal. This institution wanted to introduce a total ban on all ventures related to digital assets.

In a recent speech cited by Reuters, Manturov stated that Russian lawmakers and the country's central bank would eventually resolve their dispute and legalize cryptocurrencies as a means of payment. The only uncertainty is about the exact nature of the rules:

"The question is when it will be, how will it be regulated, as the central bank and the government are actively working on it. But everyone seems to understand that… sooner or later it will be implemented in one form or another."

The minister added that the central bank would initially propose a regulatory framework and the government would later approve the decision or make some amendments.

The Bank of Russia also has ambitions to introduce a digital ruble. As AtoZ Markets reported, the testing of the digital ruble itself in the form of rounds is scheduled for 2022. Last month, information emerged that Russia could start "real digital ruble transactions " in 2023, and wants to use it for international payments in this way.

Unlike Bitcoin, this financial product will be fully monitored by this institution.

Russian lawmakers and the country's central bank seem to have a completely different views of the cryptocurrency sector. In early 2022, the Bank of Russia argued that digital assets resembled a financial pyramid and could harm the local financial system. Therefore, this institution proposed to ban them completely.

The Ministry of Finance did not share this opinion, saying that a regulatory framework for the sector is a better step.

President Vladimir Putin said cryptocurrencies (especially mining them) could provide Russia with "some competitive advantage." The political leader called on the central bank and the government to discuss the issue again and "come to some unanimous opinion".

In February, a meeting of the highest authorities took place. However, contrary to Putin's request, it has not been possible to work out a single solution regarding the approach to the digital asset market.

Soon after this discussion, Russia's Finance Minister Anton Siluanov said that banning cryptocurrencies was a step against which the ministry would vote. He argued that banning Bitcoin was like banning the Internet - just as impossible.

Moreover, digital assets appear to be a very intriguing investment option for domestic investors. According to Prime Minister Mikhail Mishustin, there are approximately 10 million Russian HODLers. Together, they have cryptocurrencies worth around $130 billion.

Although Russia has focused on the ongoing "special military operation" in Ukraine, the Ministry of Finance has managed to draft a final bill to regulate the cryptocurrency market. It says that only companies based in Russia can apply for the role of digital asset operator. They should also have capital of at least 30 million rubles ($474,000). Moreover, they must obtain a license to operate on local land.

In addition, cryptocurrency miners will have to submit their applications to the appropriate register, and taxation will be determined separately. Mikhail Uspensky, a lawyer specializing in blockchain technology, believes that these steps will allow mining to be controlled and removed from the shadow economy. 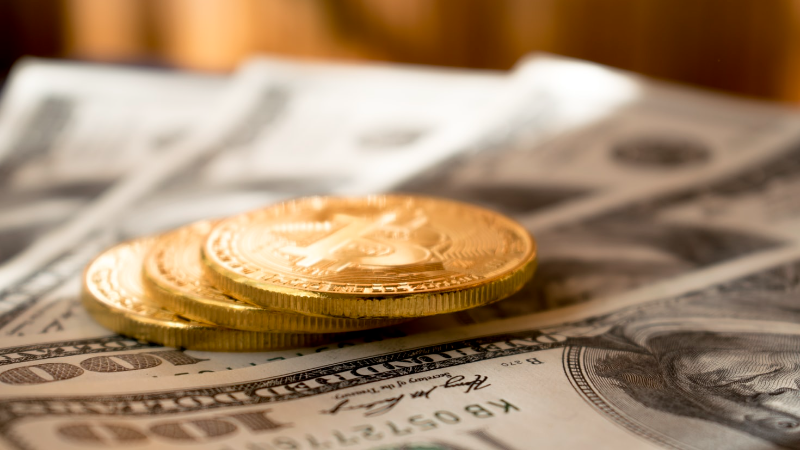 Bitcoin's inverse correlation against US dollar reaches lowest in 17 months