IntoTheBlock analysts have found out that, despite the general hype, SHIB is in demand among speculators.

Despite the impressive growth in capitalization, the altcoin Shiba Inu (SHIB) has no support among hodlers. IntoTheBlock analysts came to this conclusion in their latest report. According to the published data, the majority of SHIB holders are either speculators (holding SHIBs from 1 to 12 months) or traders (less than 1 month). 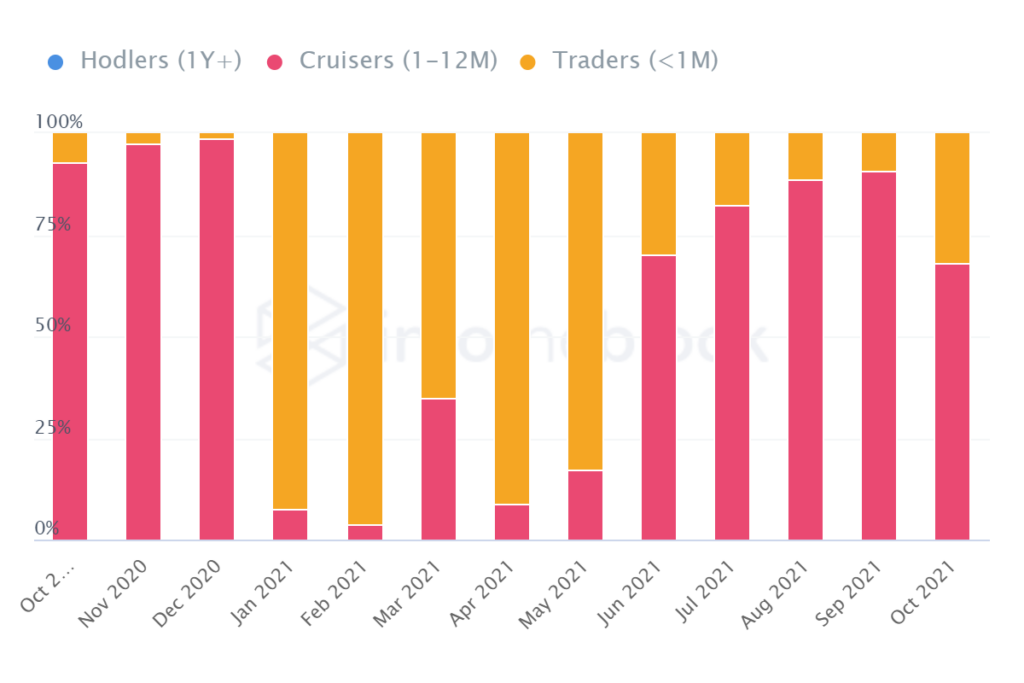 Recall that the Shiba Inu project was born in August 2020. However, as you can see in the chart above, since then the altcoin has not acquired the support of holders (holding SHIB for more than a year). 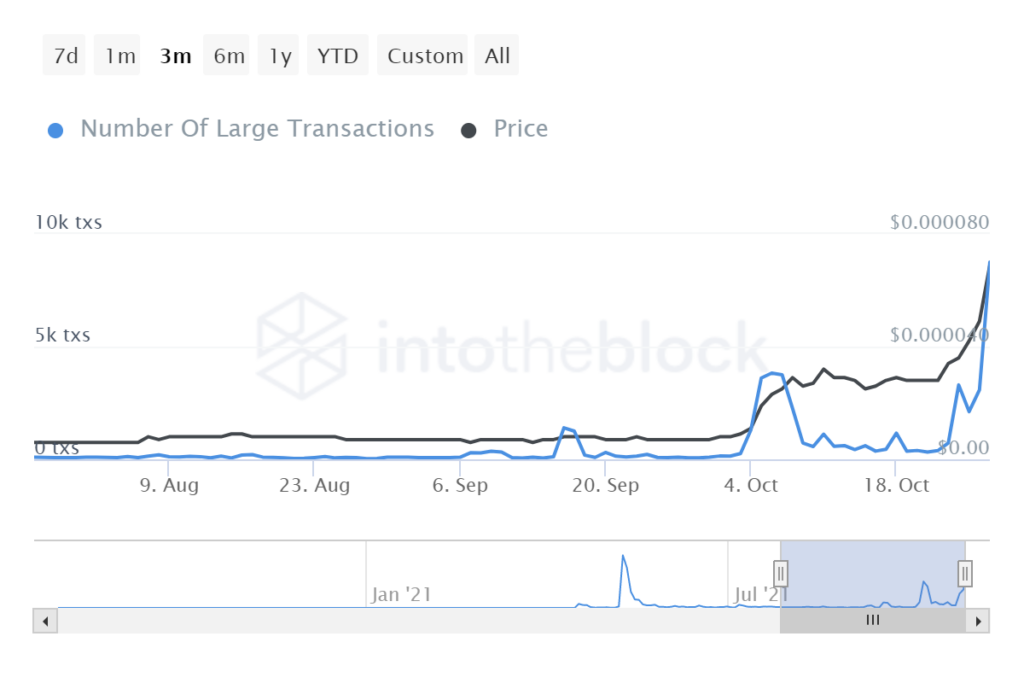 Amid the general hype, deals increased among large investors. For example, in the last 24hrs, there were over 9000 transactions worth more than $100 000. This is believed by IntoTheBlock, provides more information about who could be the real initiator of the rally.

Read also: Shiba Inu Up 24% Amid Expectations of Robinhood's Listing 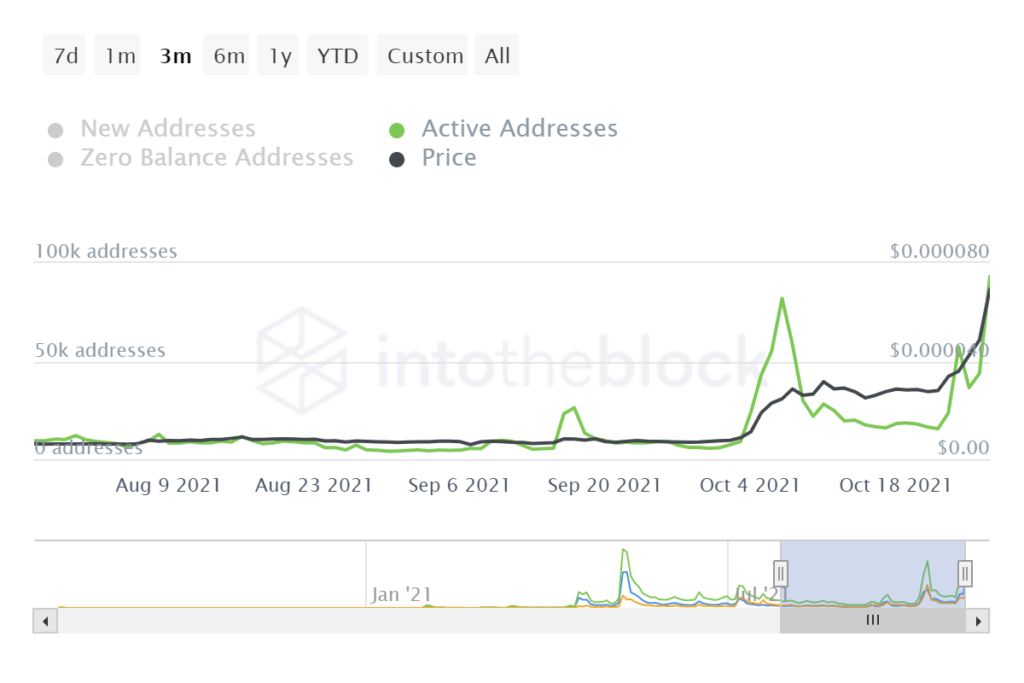 At the same time, it is noteworthy that the number of active addresses even at the peak of the SHIB price did not reach even 100,000 units. For comparison, the number of subscribers to the project on Twitter is more than 1.5 million. Analysts also noted that about 5,000 addresses managed to buy 20% of SHIB at a record low rate.