Get VIP Trading Signals Market Watch
Trade Now Your capital is at risk.
As Web3 draws closer to becoming a reality, many developers are leveraging the concept to launch projects that will onboard contractors, influencers, entrepreneurs, and inventors. One of such developers is Aleksandr Shruick Agapitov, the brain behind the multi-billion project Xsolla. 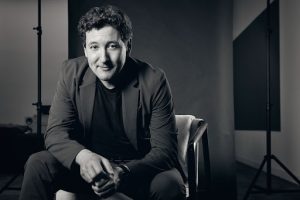 Aleksandr Shruick Agapitov has announced the launch of a new Web3 enterprise X.LA Foundation, aiming to help people become equal beneficiaries for their creations, work, and contributions whilst leveraging cutting-edge technology and Web3. X.LA will bring people closer to Web3 and foster the development of the technological space.

Understanding the Concept of Web3 and Blockchain Technologies

The global interest in Web3, NFTs, and blockchain technologies has risen over the years. Entrepreneurs and visionaries who have acknowledged the opportunities in these industries are making moves to leave their mark in the evolving technology.

Web3 is the third iteration of the internet that runs on blockchain technology. It's a decentralized web that aims to put control into the hands of users rather than governments or corporations like Facebook. In essence, Web3 will break governments' monopolies and eliminate a central gatekeeper.

Web1 was the first known internet or web. However, it was fundamental to the core and lacked any form of interactivity as it only had read-only pages. Web 2.0 became more interactive with the likes of social media emerging. However, it was controlled by large corporations like Google and heavily regulated by governments. That led to Web 3.0.

Blockchain popularized the concept of democratization to decentralize control. Blockchain emerged to facilitate cross-border transactions, eliminate intermediaries, and secure information. Since Web3 is built on blockchain, the internet will be more accessible to users. Compared to Web1 and Web2, users will own apps and protocols built on Web3 and earn ownership stakes in maintaining the services.

While the idea is still in its infancy, Web3 is showing a lot of potential given the nascence of technology. With blockchain shifting the norm in how information is held and distributed, Web3 is closer to becoming a reality than anticipated. Aleksandr Agapitov saw this and capitalized on the opportunity to launch the X.LA Foundation project.

The X.LA project is a community-driven organization that will allow everyone to enjoy what Web3 has to offer, from absolute control to earning and unlimited information access. It aims to help people worldwide get an opportunity to become equal beneficiaries for their work using the new technologies.

The project welcomes content creators, influencers, entrepreneurs, researchers, and inventors. Agapitov is optimistic that his project will help define and shape the future of the Web3 economy, with his experienced team of video game industry veterans by his side.

X.LA Foundation adds to the Xsolla enterprise that Aleksandr Shruick Agapitov is running. Unlike the former, Xsolla is a video game commerce that helps game developers and publishers sell, distribute, and optimize their games for global use. Apart from handling all the complexities involved in distribution, marketing, and optimization, the end goal is to increase revenue and garner an audience.