According to the remarks from Baka Ben Ezer, the CEO of Neema, Marshall Islands Cryptocurrency SOV will soon be launched. Why has there been a delay?

March 11, 2019 | AtoZ Markets – The Marshall Islands’ government is the latest in the world to begin development of their own national Cryptocurrency called Sovereign (SOV) following in the footsteps of Venezuela. 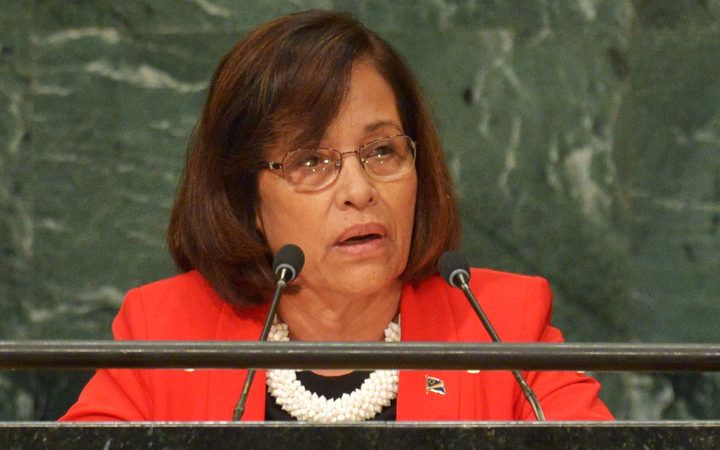 Earlier, the President of Marshall Islands, Hilda Heine exclaimed: “This is a historic moment for our people, finally issuing and using our own currency, alongside the USD…It is another step of manifesting our national liberty.”

As part of the plans, 2.4 million SOV will be issued to the Marshallese people. The launch could raise $30 million, around half of this value would go to the Israeli startup Neema.

According to the The Times, an English-language Israeli media the upcoming digital currency will be launched in the second half of 2019 in partnership with Israeli startup Neema.

While this is a welcome development for the country, however, there is currently more work to be done as the United States financial regulators had expressed concerns regarding the use of the national cryptocurrency for potential money laundering and also its impact on the existing banks in the country.

However, Baka Ben Ezer, the CEO of Neema has noted that the digital coin is being carefully developed with these risk factors in mind and that the SOV will be one of the world’s safest cryptocurrency.

Ben-Ezer has clarified that every opened SOV account will have to go through mandatory know-your-customer (KYC) verifications. Moreover, new SOV accounts will also be checked against the U.S. Office of Foreign Assets Control (OFAC). Hence “only legitimate, law-abiding people can use the SOV.”

Ben Ezer has also highlighted that they are in the process of preparing an SOV initial coin offering (ICO). He stated that the goal is “being ready to launch once positive momentum is back to the markets.” He also added:

“It will be done once all stakeholders are convinced that SOV is ready, risks have been mitigated, and momentum is building.”

The positive market momentum being sought after by the Marshall Islands and Neema to launch a cryptocurrency as legal tender may be on the horizon. At the moment, some cryptocurrencies are surging. While the price of Bitcoin is still relatively stable, some analysts believe the recent success of other digital coins and an upcoming block reward “halving” could lead to a new “meteoric” Bitcoin boom.

In September 2018, AtoZ Markets reported on how the International Monetary Fund (IMF) warned the Pacific island nation with a population of about 55,000, about the risks of adopting a cryptocurrency as a second legal tender, urging the country to abandon the proposed plans. The plan was also heavily criticized by the US Treasury Department, as well as several bank officials working in the Marshall Islands.

It is worthy of note that the Marshall Islands at the moment use the U.S. dollar as its legal tender and are “highly dependent on receiving and spending U.S. grants,” totalling about $70 million every year in assistance. Once SOV is launched, it would circulate alongside the dollar as a legal tender.

The latest move from the Marshall Islands comes just following the Venezuelan oil-backed cryptocurrency Petro launch. In addition, two other countries, Turkey and Iran have also shared their plans to create their very own national cryptocurrency.

The Sovereign will aim to address the needs on a relatively small scale, considering the population of the country. According to some of the online reports, the funds raised via the SOV ICO will be used for healthcare for citizens who suffered from nuclear testing by the US in the past.

Tags Deloitte Jim Calvin USDINR
Forex Crypto
Top 5 Forex Brokers
Top 5 Crypto Exchanges
Your subscription could not be saved. Please try again.
Thank you for subscribing. You will be the first to receive all the latest news, updates, and exclusive advice from the AtoZ Markets experts.
Everyone is reading
Top 5 Forex MT5 Indicators for 2021 you should try
Top 5 Cryptos to Watch in Quarter 2 2021
Bitcoin Facing Resistance Around $60,000 Event Area - What Next?
close ×