The French citizens will be voting for their new president this coming Sunday! Will EU face Frexit? Our AtoZForex team interviewed various brokers inquiring what measures they are taking for the risk management. What is the French election CIBfx impact and risk management?

21 April, AtoZForex – After the Brexit and the US election, market watchers are eyeing now the presidential election of France. Post the recent three-week high of EUR, the currency dropped at the end of the week. Moreover, some market analysts predict EUR could drop to parity or below if Marine Le Pen gets elected as the new French president. The French election and the UK calling for an early election are impacting the EU financial markets.

Following on this, AtoZForex.com's team has been contacting and interviewing Forex brokers internationally, with the aim to get their view on the market ahead of the French election. Furthermore, we have received inquiries from our readers about the brokers' risk management precautions. Following up with CIBfx, below I have summarized the key highlights of French election CIBfx impact and risk management interview.

Sabir Sheikh: "Is CIBfx planning to raise margin requirements or have any leverage change?"

CIBfx's research team: "Yes Margin will be doubled on all Financial instruments."

Sabir Sheikh: "What does CIBfx recommend all traders out there?"

CIBfx's research team: "We advise all traders to:

Take no Chances, it could happen again

Sabir Sheikh: "What is CIBfx research team’s projection for the upcoming elections in France? Also, what would be the consequences if France reintroduces the French franc?"

CIBfx's research team: "Three of the main candidates for the presidency promised to unleash the potential for growth in the economy after entering the Elysee Palace within three months. Independent candidate Emanuel McCron has pledged to follow the model of the economy, which is based on generous unemployment benefits while lowering corporate tax rates and maintaining the country's fiscal cover.

In contrast to Le Pen, which wants to tear up the EU budget framework and leave the eurozone, Francois Fillon, who defends bold labor market reforms to cut public spending by more than 3 percent of GDP over five years, EUR per year. Earlier this month, the European Commission warned that the new French president would face the task of imposing an immediate austerity plan to avoid a budget deficit in 2018.

Economists in the European Union expected the deficit to widen to 3.1 percent of GDP, compared with 2.9 percent this year after the end of the public sector wage freeze.

McCron's plans could bring the deficit down to 1 percent by 2022, they added. Economists pointed out that Le Pen, to implement France's exit plan from the European Union and the return of the national currency after 18 years of membership in the euro area, would have unexpected consequences and surprises.

Going out would unleash short-term economic turmoil, including a sharp depreciation of the local currency, high inflation, and increased government borrowing costs. But Le Pen will face political obstacles on the way out of the European bloc, requiring the approval of at least a parliamentary majority to activate the necessary constitutional amendments to hold a referendum on euro-zone membership." 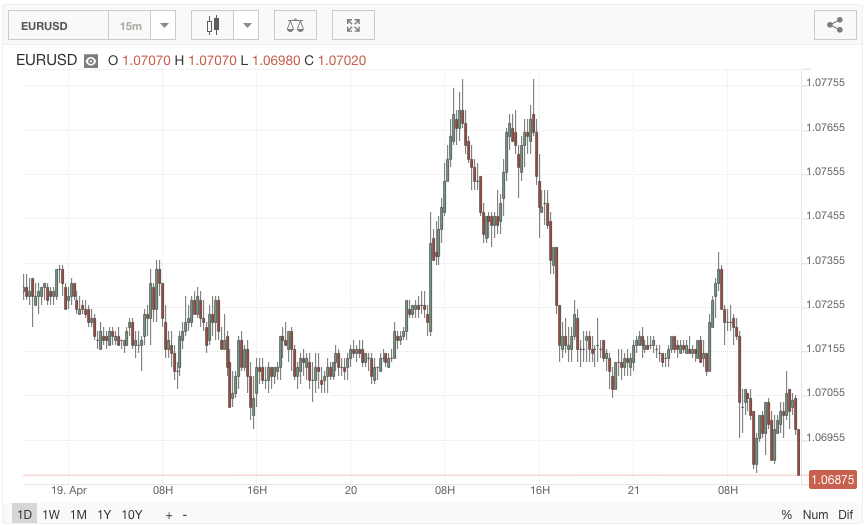 Why should traders consider CIBfx?

Sabir Sheikh: "Thank you for the insightful analysis on EURUSD and portraying the impact of the possible French election outcome. To conclude the interview can you sum up in brief, why traders should consider CIBfx?"

CIBfx's research team: "At CIBfx we will do our best to guarantee all our client's trades will be filled, with the fastest execution and the lowest spreads."

Do you have questions related to the French election CIBfx impact or the EURUSD analysis? Let us know in the comments section below.