Decentralized Finance Protocol Bogged Finance has suffered a flash loan attack causing the value of its token to crash by 100%.

May 24, 2021, | AtoZ Markets – Decentralized Finance Protocol (DeFi) Bogged Finance lost $3.6 million due to flash loan attack, according to the report in the protocol developers' blog.

With the help of a flash loan, the attacker generated over 15 million BOG tokens worth more than $15 million. Noticing an exploit in the staking section of BOG, the attacker was going to cause hyperinflation of tokens through a flash loan. It was reported that the scale of the attack was limited within 45 seconds. Nevertheless, this was enough for the attacker to withdraw some of the funds.

The project developers have already announced that the affected parties will receive BOG tokens in the next few hours. As part of the transition to a new contract, the developers will burn 7.5 million BOG. Also, Bogged Finance urged not to buy a token amid the identified exploit.

The consequences of the attack immediately impacted the price the BOG token, which lost 100% of its value in a matter of minutes. On Sunday, May 23, the token was trading at $1.9. At the time of this writing, the price is $0.0004158. 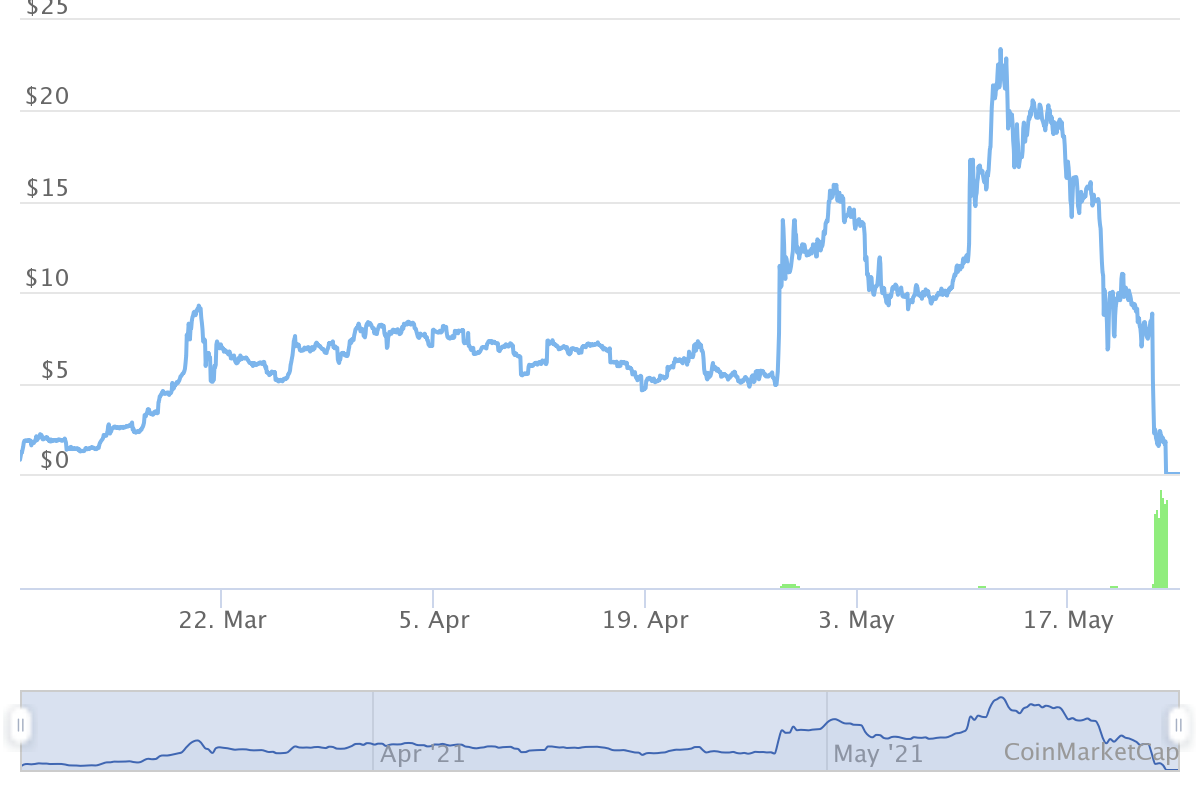 This is at least the third flash credit attack since the beginning of May. Recall that previously unknown hackers attacked the DeFi protocols FinNexus and bEarn Fi. The total losses from attacks amounted to more than $18.5 million.