The number of Ethereum addresses with more than 0.1 ETH in balance has reached an all-time high, according to Glassnode data.

According to the Glassnode analytics service, the number of addresses on the Ethereum blockchain with a balance of over 0.1 ETH recently hit an all-time high. Now, this figure is approximately 6.823 million. 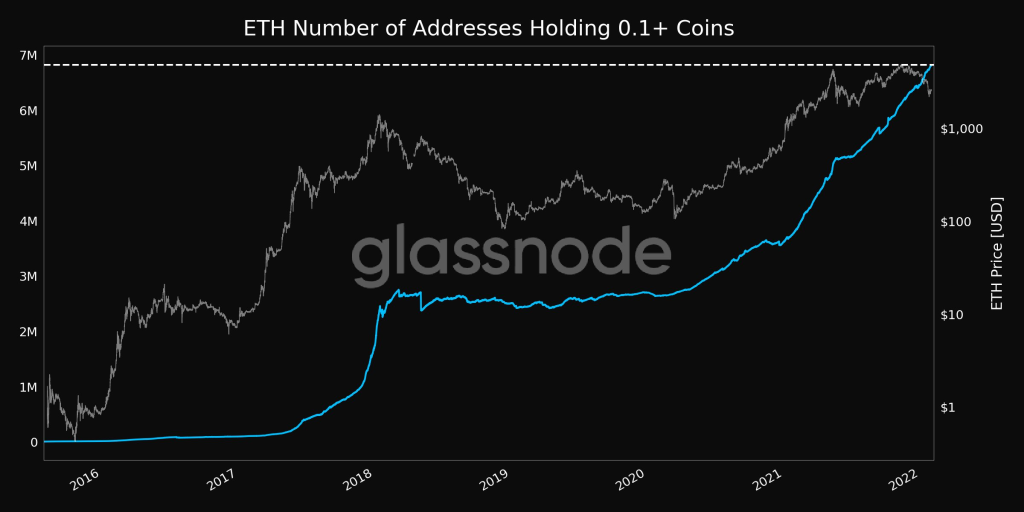 The Ethereum network has experienced explosive growth in the past few years. This was mainly due to the flourishing of decentralized finance segments. DeFi and non-fungible NFT tokens, originally based on the Ethereum blockchain.

This trend led to a jump in the indicator of addresses with a balance of more than 0.1 ETH to 6 million in 2021 against 3.5 million a year earlier.

The hash rate in the Ethereum network also updated a record high a few days ago and reached a value of 1.1 PH/s. The news comes amid the ongoing gradual transition of the network to a proof-of-stake system.

However, painful thorns continue to remain on the way of the project to the stars. Thus, very high gas prices continue to be a serious problem for many users. Not everyone can afford to pay a transaction fee of several hundred dollars. 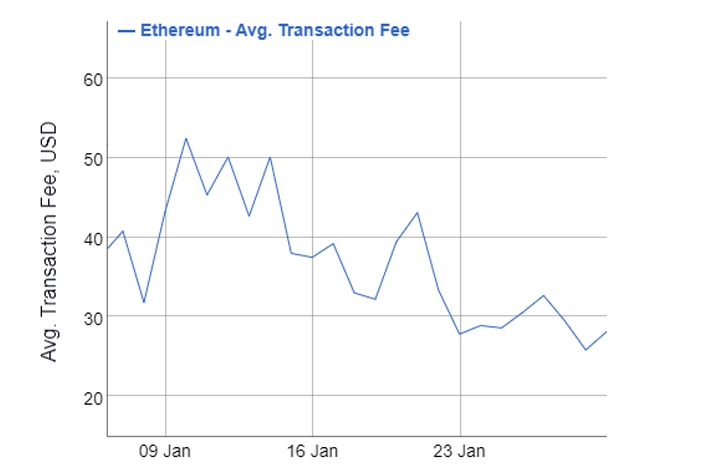 However, the chart offers some hope as it shows that the average Ethereum network fee has dropped by more than 50% over the past two weeks. The reason for optimism is also the second layer (Layer-2) scaling solutions, which developers are tirelessly working on. The most popular scaling solutions now include project protocols Loopring, Optimism, and Arbitrum One.

2022 is an important year for Ethereum

Recently it became known that the developers of Ethereum abandoned the name  ETH2.0 and will now refer to the new generation protocol as the term “consensus layer”. In the meantime, ETH1.0 will become the “execution level.”

However, in general, this did not affect the overall plans of the project. At the moment, the transition of the network to the Proof-of-Stake consensus algorithm is still planned for the current year, 2022.

Delay on this issue would be highly undesirable, since, according to some experts, the share of Ethereum in the crypto market will continue to decrease in 2022 due to competition from new, more technically advanced blockchains, such as Solana.