Court rules against EBS BrokerTec CTO Viral Tolat for taking a source code and other trade secrets from his former employer.  What are the decisions of the Court of Appeals in San Francisco?

16 January, AtoZ Markets – Viral Tolat, a former Chief Technology Officer at Integral Development Corporation and now CTO at EBS BrokerTec, is now facing a jury trial. As he misappropriated a source code taken from Integral to EBS and violated the fiduciary duty. He is also accused of copyright infringement and breach of contract. According to the court document, EBS has succeeded in taking business away from Integral after Mr. Tolat joined the company. 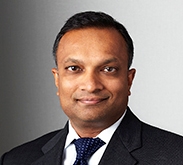 In 2013, Integral sued Viral Tolat after he left his position and began to work at EBS. Integral claimed that he copied and took the Integral source code and other trade secrets with him and used at EBS. Initially, US District Court rejected those accusations.

But now it seems that the situation has changed with Mr. Tolat facing a trial by jury in California. According to the U.S. Ninth Circuit Court of Appeals in San Francisco, 'undisputed facts' indicate that Viral Tolat copied some of Integral’s source code to his personal device trying to hide the evidence of that action. He possibly used Integral source code in the development of EBS Direct. Also, there is evidence of damages to Integral’s sales and equity value. Hence, the court permits for an immediate start of jury trial in California.

"There is evidence in the record that Tolat copied at least a portion of Integral’s source code on to an external hard drive… shortly before he planned to retire from Integral.

There is also evidence that, after Tolat joined EBS, EBS released a product – EBS Direct – that competed directly with some of Integral’s products."

It is important to note that the litigation is also a personal one. Since Viral Tolat established Integral together with Harpal Sandhu whom he met at Stanford University 25 years ago. Harpal Sandhu is currently company’s CEO. Thereby, Total’s departure from the company was a personal betrayal for Harpal Sandhu after they both founded and managed Integral for over 20 years.

"We are pleased and agree with the Ninth Circuit’s ruling in the case. We look forward to presenting the evidence of Tolat’s actions to a jury and obtaining a just result for Integral and its shareholders."

Should you trade Forex/Crypto on your own at all?

Before you start trading Forex/cryptocurrencies, you'll want to read this.