August 2, 2021, | AtoZ Markets – People have been exchanging gold and silver for items and services since the dawn of humanity. The world has changed, but the values have not. Precious metals are now available to trade online with CFDs via terminals. We will inform you on where, how, and how much you can profit from this in this piece. 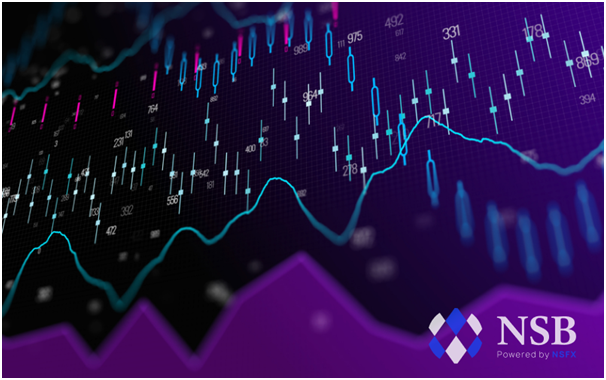 Advantages of Investing in Precious Metals

Over time, metals were by far the most common trading tool. Metals were the global indicator of a product's value before the introduction of paper money, which was initially nothing other than IOUs.

Everybody is drawn to precious metals trading, whether it is central banks or private investors. “What should I put my money in to keep it?” is the most frequently asked inquiry. The most common response is "in gold." Metal stocks aren't included in the holdings of an unusual transaction fund.

We observe the same reaction in any perplexing circumstance on the global scale - gold begins to rise up. It is still a secure refuge investment, despite being the oldest historic system of human civilization. Silver as well as other metals' prices are rising in tandem with gold. How can an ordinary investor who does not have millions in his bank account profit from silver, gold, platinum, palladium, and other valuable metals?

Besides oil, precious metals seem to be the most widely traded instrument. Traders can make a lot of money if there is a lot of intraday volatility. The ability to forecast the impact of fundamental factors is also a plus. In actuality, the only disadvantage is that trading requires a large amount of funds. There is nothing to acquire on the metal market if you have 100 to 200 US Dollars. If you have approximately 1000 to 2000 US Dollars saved up, you can begin trading with small amounts. For brief contracts with high potential benefits, 10 000 to 20 000 US Dollars should be sufficient. And if you're fortunate enough to have more than 100 000 US Dollars in the bank, you can build a safe metals investment portfolio.

Gold is without a doubt the most widely traded commodity. It's extremely popular in times of economic upheaval. Long-term gold investments are a huge win for maintaining and growing cash during a crisis. You can invest in gold as well as stocks related to gold mining or industrial sectors. Gold has a considerable level of volatility resulting from market demand. At medium-term distances, gold purchases almost always convert into profit. You just have to put up a small amount of work into the analysis.

These indices will help you learn about gold trading:

The year 2020 has indeed proven Charles Henry Dow's assumptions that "history repeats itself" and that "the market discounts everything". The price of gold increased from 1600 US Dollars per troy ounce to 2000 US Dollars per troy ounce. The world economy starts to slow down as it recovers from its apex. Broadening existing portfolios with different assets is something that investors contemplate. Nevertheless, no gold was left behind.

Traders who trade gold CFDs can use margin rates of 1% per contract and thus earn even on intraday movements. Remember about risk management rules, of course.

The most active traders in the gold markets are Arabs and Chinese. Therefore, we advise you to pay attention to the news of these particular regions. Every month they report on their gold and foreign exchange reserves.

Trading silver (XAGUSD, XAGEUR) is not significantly different from trading gold. The quotes are the same, as are the suggested beginning amounts. There are, nevertheless, some distinctions. Silver, for instance, frequently climbs up after gold. Traders who overlooked gold indications should begin silver trades. As a result, its worth rises or falls. Furthermore, the cost of gold fluctuates with each tick, whereas the cost of silver "fires" to new heights.

Silver is an excellent choice for long-term, scattered risk trading. Alterations in quotes result in increased dividends. Considering the same risk levels, silver increased by 100 percent when compared to gold, which increased by 25 percent. The distinction is obvious. Using the identical margin rate of 1percent on CFDs, traders can gain 200 to 300 percent each year without straying outside of their risk management systems.

Palladium is mined mostly in Russia, the United States, Canada, and Africa. As a result, pricing changes will be directly linked to the economy of the countries mentioned above. The demand for the precious metal supports its value. Palladium (XPDUSD) is widely utilized in the automobile, jewelry, dental, and electronics industries.

The degree of fluctuations in the exchange tool XPDUSD is constant. It can be utilized for hedging purposes in certain market forms. Clients who want high-intensity trading should use palladium CFDs.

So far, we've discussed the differences between trading currency pairs, cryptocurrencies, and CFDs on stocks and indices in prior articles on selecting an instrument for trading. We will discuss additional leading instruments in the coming sections in this sequence so you can determine your personal judgment and select the right assets for your trade.

If you want to get the newest version of Metatrader 5, search for mt5 download now.