Get VIP Trading Signals Market Watch
Trade Now Your capital is at risk.
Bitcoin price drops below $8,500 after a lack of bullish follow-through. The premier cryptocurrency is now close to making a new three weeks low.

November 18, 2019 | AtoZ Markets - It's another bearish day for the cryptocurrency market. The market has lost nearly $2.5 billion in the last 24 hours as all the top 5 cryptos fell significantly. At the time of writing, Bitcoin was breaking below the $8,500 low and will most likely hit its lowest in three weeks. Prior to the current slump, there were sharp spikes on three different occasions in November but the bullish momentum was not enough to cause a significant recovery. Although the Bitcoin price pattern in November looks choppy, the bearish direction is very clear. Technical patterns also indicate that the dip from $10,500 is corrective. However, the correction is going deeper and taking longer time than expected. While this might make recovery expectation from prices above $7,300 a bit doubtful, it remains the more preferred scenario.

The dip from $10,500 still looks corrective. At the end of a correction, the prior trend usually resumes. In the last update, we used the chart below. We identified an ending diagonal pattern at $8,500 and reckoned it might be the end of the bearish correction (All the charts used are from TradingView). 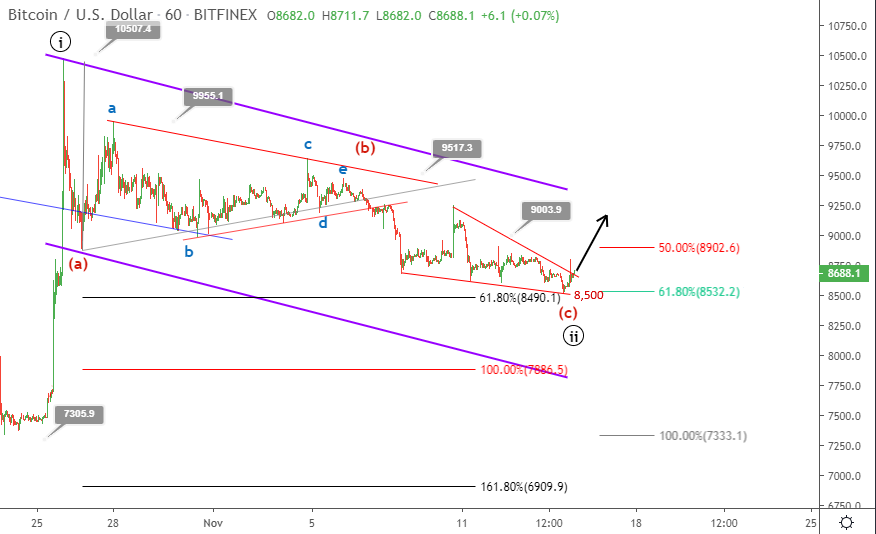 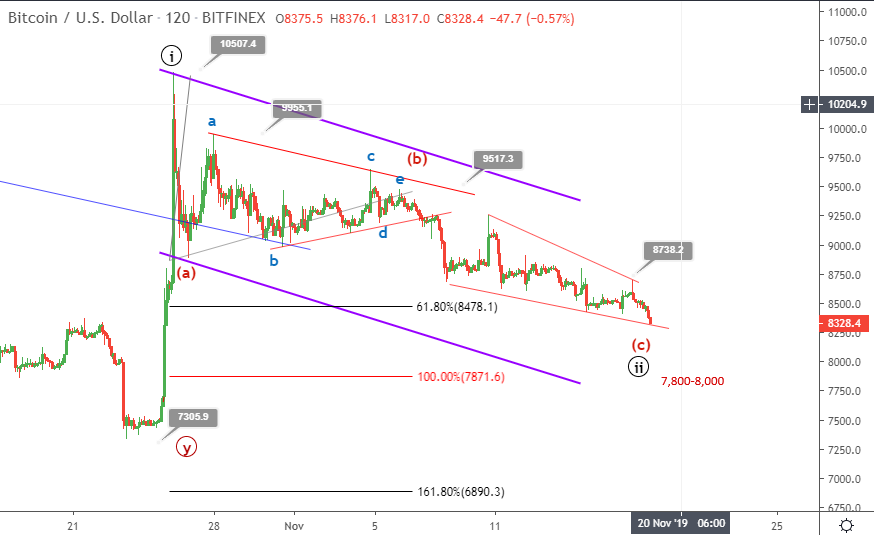 Just like the first diagonal, the pattern will be valid if the price breaks above $8,750 and shoot toward $9,000 afterwards. Otherwise, the current decline will continue to the $7,800-8,000 Fibonacci support zone.