Gold resumed the bullish trend in the early hours of the London session today after yesterday's brief dip. the following 4 April Gold Elliott wave analysis looks at what to expect next?

04 April, AtoZForex - Gold seems to be heading higher and will probably rally above 1380 in the coming days. The long term bullish correction was re-established last week just as expected. Don't forget that the current bullish move comes after a '5-wave up and 3-wave down' wave sequence which is the basic tenet of Elliott wave theory. We have already established from the larger degree that price has a higher chance of going up than dropping after completing a minor medium-term corrective pattern as part of a bigger bullish correction that could extend above 1400 in the coming weeks/months. A 5-wave up and a 3-wave down followed and this gave an opportunity for a good entry in the bullish direction.

In the last update, I shared a more precise entry method that I often use especially with the kind of the 3-wave correction we had. The chart below was used in the last update. 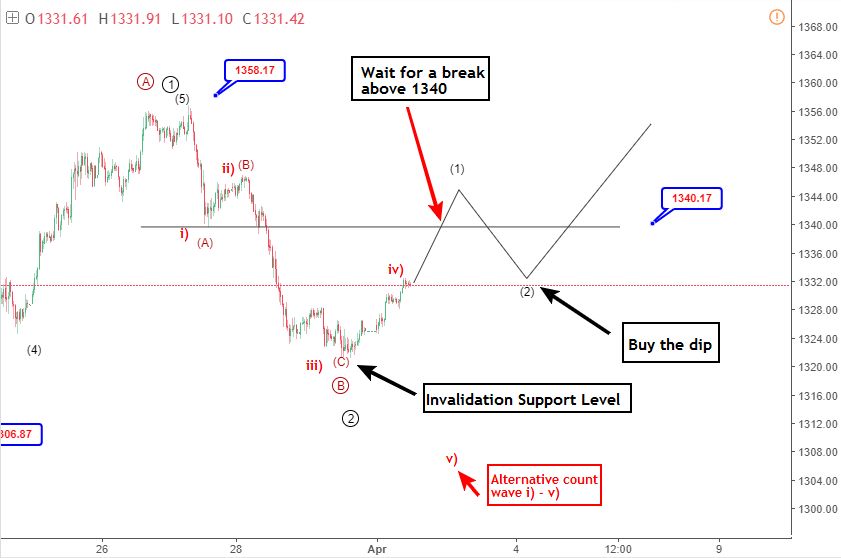 To join the expected bullish move, it may be important to wait for price to break above 1340 (to invalidate any chance of a bearish impulse wave) and then ‘buy the dip’. ‘Buying the dip and selling the rally’ is a very good entry method that ensures one does not get in too early. The only side effect is that trades can be missed.

The 3-wave dip could develop into a 5-wave bearish drive and invalidate my wave count - so I understood. It's good to have alternative wave count even if it doesn't go well with the preferred larger degree wave formation. To be sure, it's good not to be in a hurry. In the chart above, I shared how I intended joining the bullish move. A break above 1340 would validate the alternative count and give the preferred scenario more chance. The chart below shows what happened next. 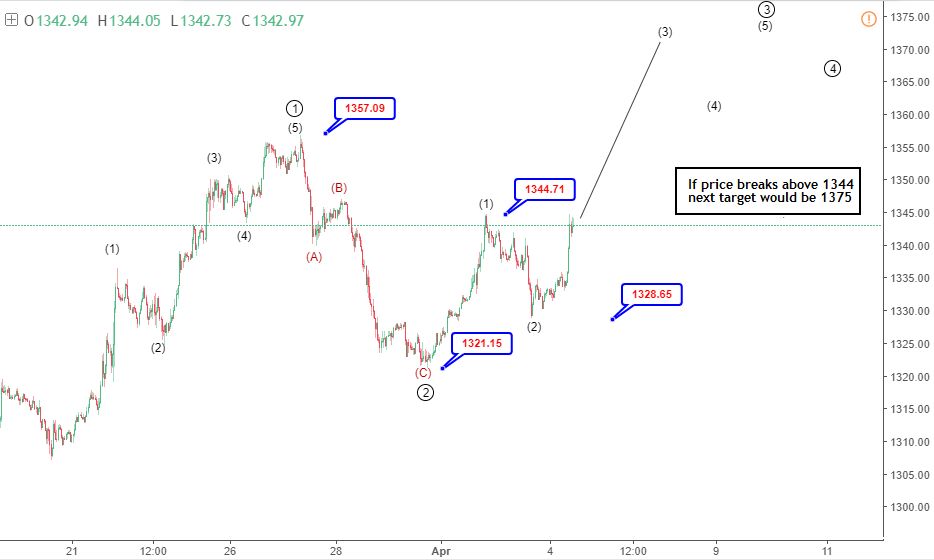 Price did exactly as expected and if it rallies further, this would be a very good decision. A break above 1344 should be enough to confirm the beginning of a new bullish impulse wave which could extend to 1375 and beyond. Only a sudden break below 1328 would destabilize this wave count and a break below 1321 would invalidate it. Stay tuned for the next update.