Ripple rallied back to its all-time-high above 1.2 after a fast dip. Will the rally be sustained or a new faster crash will happen? 28 December Ripple price prediction gives an insightful view.

28 December, AtoZForex  - Last week Ripple dipped just like other major Coin. It had earlier peaked close to $1.3 after it skyrocketed from $0.2 in just two weeks. Since the dip, it has performed better that LTC, BTC, ETH etc. While the other coins recovered briefly, Ripple (XRP) recovered completely and rallied back to the peak. That's a good statement that rally might continue, isn't it? But a closer look at the charts show something very interesting which will be discussed below.

In the last update, we expected price to go sideways in form of a triangle. XRP is well know for that. After a bullish break, it often consolidates into a triangle pattern which makes this coin easy to speculate. The chart below was used in the last update. 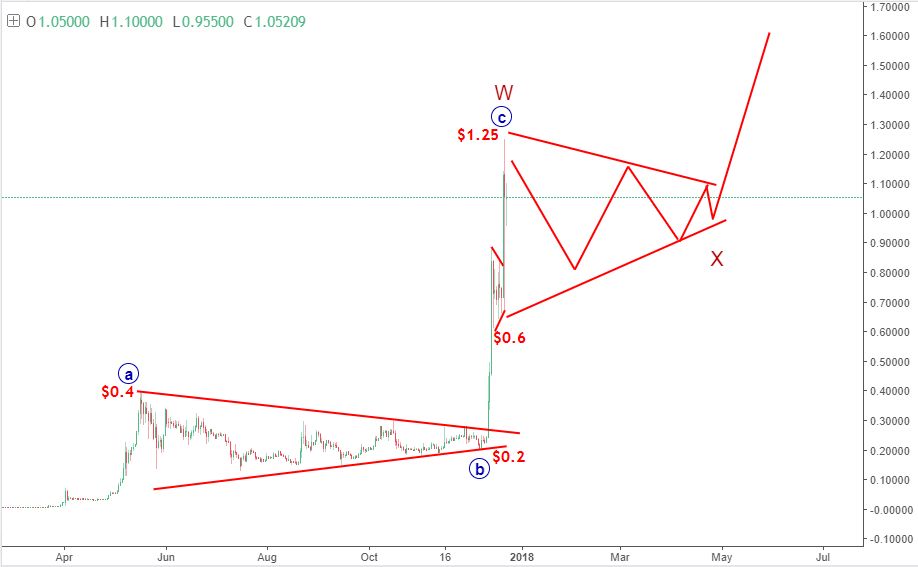 Yesterday, just as other major coins, Ripple dropped more than 45% to $0.7 but quickly recovered more than other coins. It seems price would go for another sideway move before the next breakout rally would be seen. If this is the case, a strong move to to $2 could be seen. That would give a fast 100% gain at least if it works out as expected.

A break below $0.6 (which is also a possibility) could hamper the bullish expectation. If you bought below $0.2, you should enjoy your profit. What’s the next time to buy? – wait for the triangle to complete just like we had between $0.2 and $0.4.

Price didn't go as expected. It rallied back to the top the following days. What should we expect next? There are two ways to look at this.

28 December Ripple price prediction: what next? 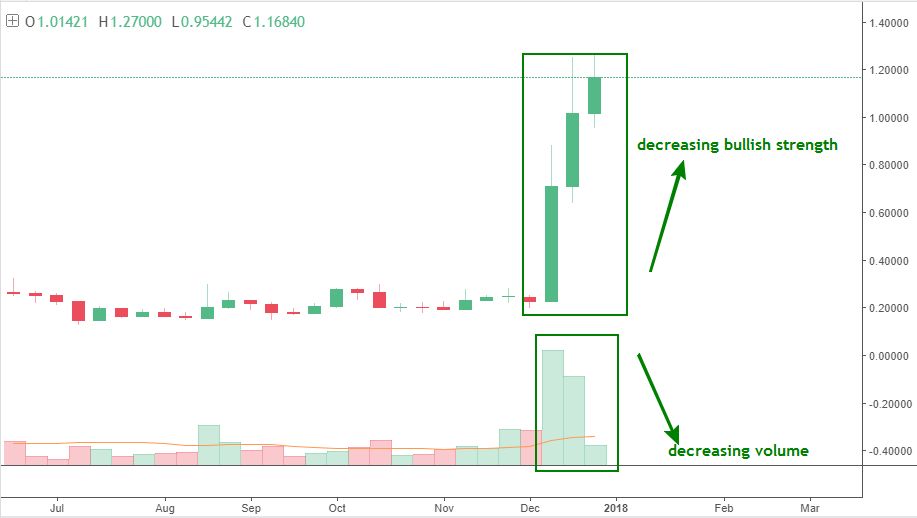 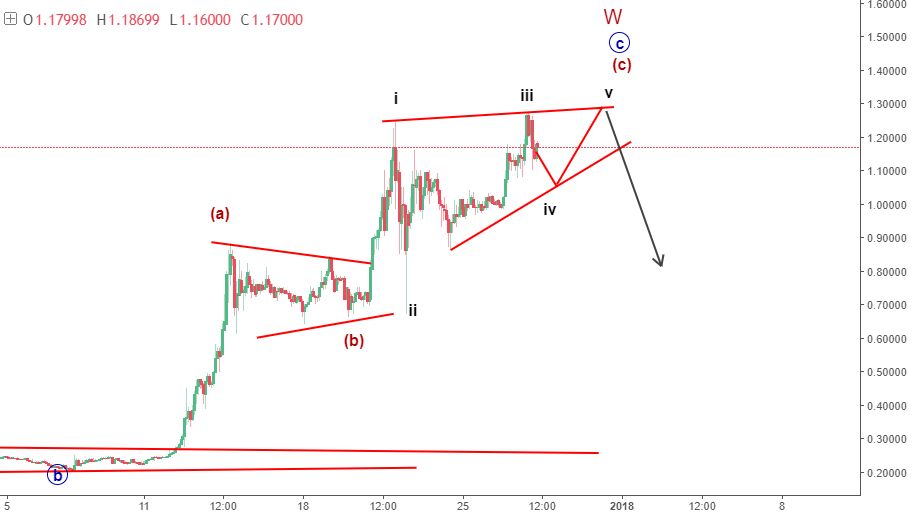 The chart above shows the possibility of a diagonal pattern ending a double zigzag pattern upwards. If the last leg completes and hold below 1.3, there is a strong likelihood of price crashing below 0.8 in the coming week. Stay tuned for the next update.