Bitcoin made a new intraday low at 5360 and will probably break above 6200 high en-route to 7000-8000. There is also a support at 5100 which could still be tested. Will Bitcoin advance further to a new high? The following is our view based on 27 October Bitcoin Elliott wave analysis.

27 October, AtoZForex - This week, Bitcoin rallied toward the $6000 mark gaining about 10% in the process. The last intraday low formed was at $5360. We discussed about the probability of the rally to resume. We noted that the dip from $6200 was corrective. The best way to join a trend is to enter after a correction. Elliott wave theory helps with the clear identity of a correction in patterns that can be easily recognized. In the last update, we had Zigzags in mind - double and triple as the chart below shows 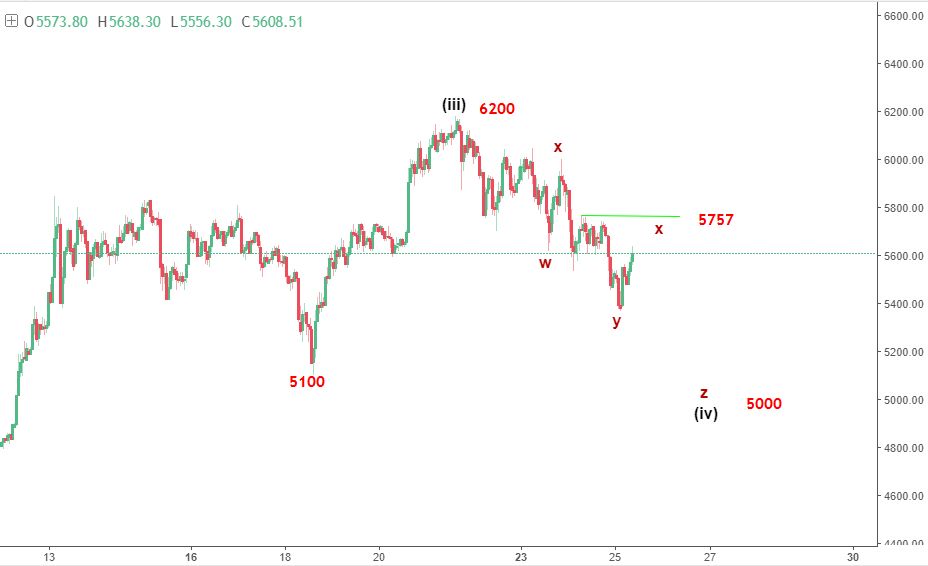 Price made an intraday double zigzag pattern just above the $5100 intraday support. A break above $5757 could trigger a bullish drive above $6200 and send price toward $7000. If this wave count is validated, price will stay above the low of the y-wave at $5360. A break below $5360 with price staying below $5757 could lead to a triple zigzag pattern toward $5000-$5100 support zone. We will have to see how this play out. The levels are very important to know which of the wave scenario has a bigger chance of playing out. The dip is corrective and a rally may start soon.

It seems the double zigzag is playing out as price broke above $5757 and hit the $6000 mark as shown in the chart below. 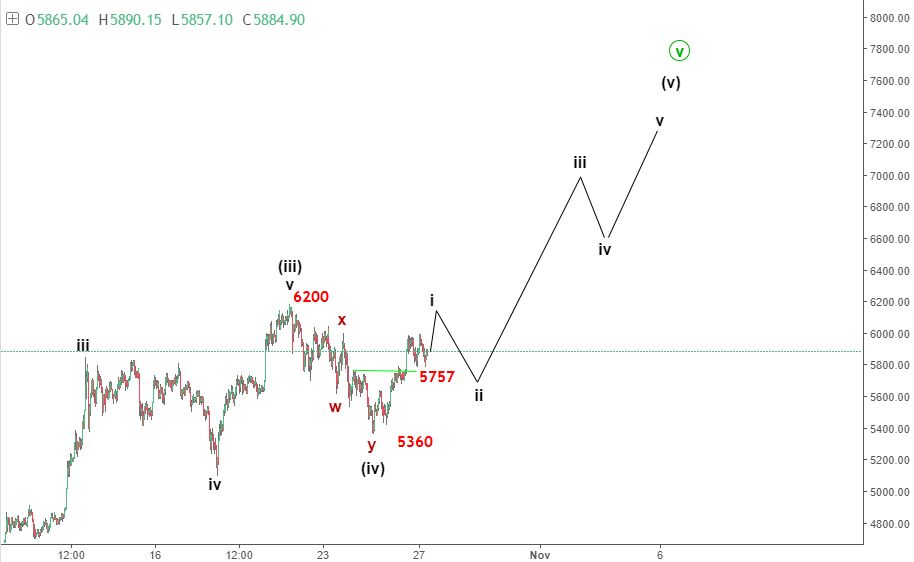 An impulse bullish drive above $6200 high is now very likely. The bullish targets for this move is $7000-$8000. This forecast will be violated if price stays below $6200 and breaks below $5360 intraday low. We will update you however it goes. Stay tuned for more updates.