Ethereum or ETHUSD pair struggled to surpass the $590 level and showing the bearish trend. According to 23-25 March Technical Ethereum Prediction, the pair might break its daily support of US$ 510. 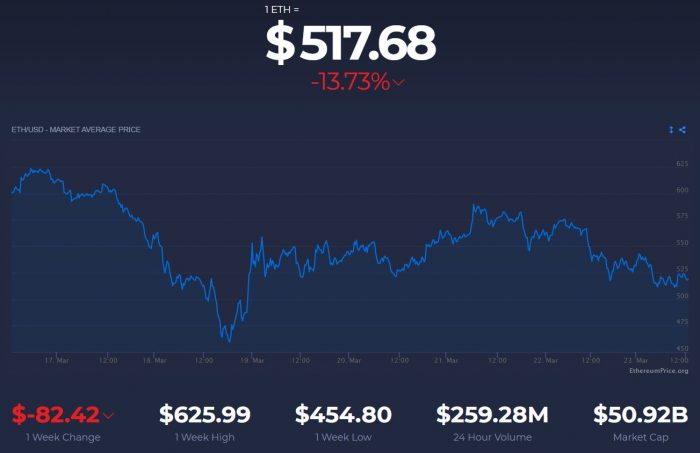 The ETH is still under pressure as it moved below the daily support level against the US Dollar. The 100 SMA is still above the longer-term 200 SMA on the Daily timeframe to signal that the path of least resistance is to the upside. The Ethereum price struggles to cross its previous low, i.e., $575- 590 level and follows downtrend move.

The relative strength index(14) value is below 50 which gives a selling signal on the weekly timeframe.

Moreover, according to ATR(14), the ETHUSD pair is less volatile.

What’s your opinion on the 23-25 March Technical Ethereum Prediction? Let us know in the comment section below.