Bitcoin dropped below $10000 today before rallying back above in a clearly bearish corrective move. What should we expect next? the following 23-25 February Bitcoin price prediction looks at the technical interpretation and forecast of  the recent BTCUSD behavior.

23 February, AtoZForex – There was a sigh of relief for Bitcoin holdlers in the recent weeks after price rallied from $6000. Most technical analysts believed the price dip was a correction of the fast bullish trend seen in the past months. From Elliott wave perspective, the dip was corrective. We mentioned in the previous updates the importance of using wave analysis to check the rally from $6000. If the rally is corrective, price could dip further below $6000 which would mean that the current bullish move is just a pullback. If the rally is motive (trendy pattern), there is a good chance of price going further upside. 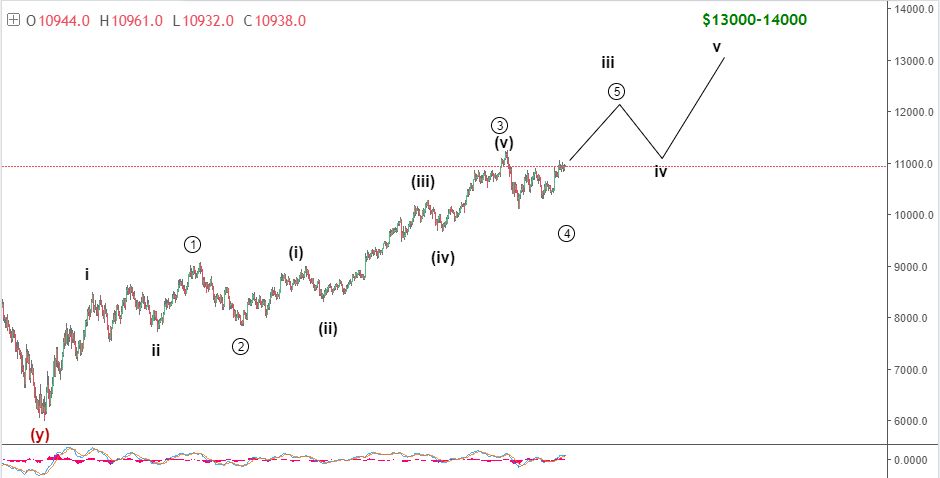 The chart above shows an emerging impulse wave rally from $6000. The impulse wave rally is not yet complete. A continuation could lead to price hitting $13000-$14000 before a new 3-wave correction to $8000- $10000 zone. If this cycle completes as expected, we could assume that a rally above $20000 is easily possible.

Though an impulse wave is still active but not as far as we expected. A new look at the recent price activities shows an impulse wave might have completed. The chart below explains better. 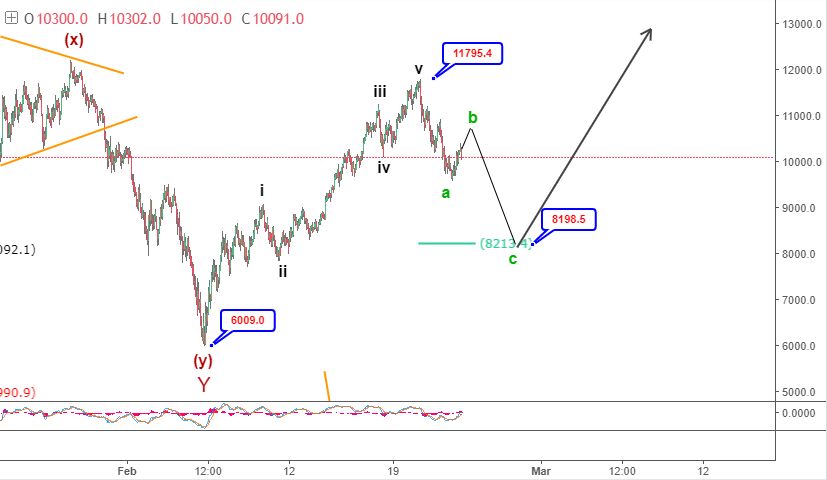 The bullish drive from $6000 to $11750 was impulsive. A 3-wave bearish correction is forming as expected. This correction is expected to continue to $8000 or its neighborhood. What price does afterward will be very important to full bullish recovery. The expectation is that after the dip, price would rally further and head toward $20000 top. Stay tuned for the next update.