15 July, AtoZForex.com, Vilnius – Federal Reserve Chair Janet Yellen’s testimony is due on the semi-annual Monetary Policy Report before the House Financial Services Committee on Wednesday and the Senate Banking Committee on Thursday, in Washington DC and USD pairs are ready to move! The statements below are the key expectations for her testimony from five major banks.

“We expect Yellen to preserve Fed policy flexibility, and do not expect her to close the door on a rate hike as soon as September.” Nevertheless, Ms Yellen is likely to repeat her post-FOMC comments mentioning markets should not fixate on the start date for normalization. Domestically, the Fed chair will most likely focus on improved data since the disappointing first quarter, CS notes. With a quieting of some of the international uncertainty, the rates market attention has turned back toward the domestic backdrop and policy outlook. “We expect it will take a meaningful improvement in the domestic data or a hawkish surprise from the Fed to get markets to price for a definitively more aggressive Fed.” Moreover, Chair Yellen’s commentary on Friday that the first rate hike is still set on 2015 could provide the USD with a renewed momentum in coming days.

Sharing the view with BNP Paribas, RBS believes Chair Yellen will not deviate strongly from the conclusions presented in her comments on the economy last Friday. Although the main point could be stressed for international developments, particularly in Greece. “Even so, we do not expect anything specific on this front beyond Chair Yellen’s usual “data dependent” rhetoric,” notes RBS further clarifying that the Chair could note international developments are among the unanticipated advancement that “could delay or accelerate this first step (an interest rate hike),” like she commented on Friday.

Having a similar belief like Goldman Sachs BoA commented on the matter: “Overall, we expect Yellen to sound CAUTIOUSLY OPTIMISTIC about the US outlook, in line with her comments at the June press conference and the broad discussion by voters in the June minutes.” If she would share any concerns about the pace of growth mentioned in the minutes, the tone would be more dovish, further adds BoA Merrill. In contrary, they expect Janet Yellen to continue on her sound upbeat tone on the labor market and stay not too worried about low inflation. Hence, “we expect her to state that the FOMC is still on track to hike rates sometime this year,” finishes BoA Merrill Lynch.

Overall, if we look at EURUSD pair, we could see that there is a major support zone at 1.0935 zone. Taking the importance of today’s fundamental developments into consideration, for short positions we would need to see a break below 1.0930 zone, however there is also a big probability that the current market price would likely to act as a support zone with a possible fake break below signal and reverse upwards. 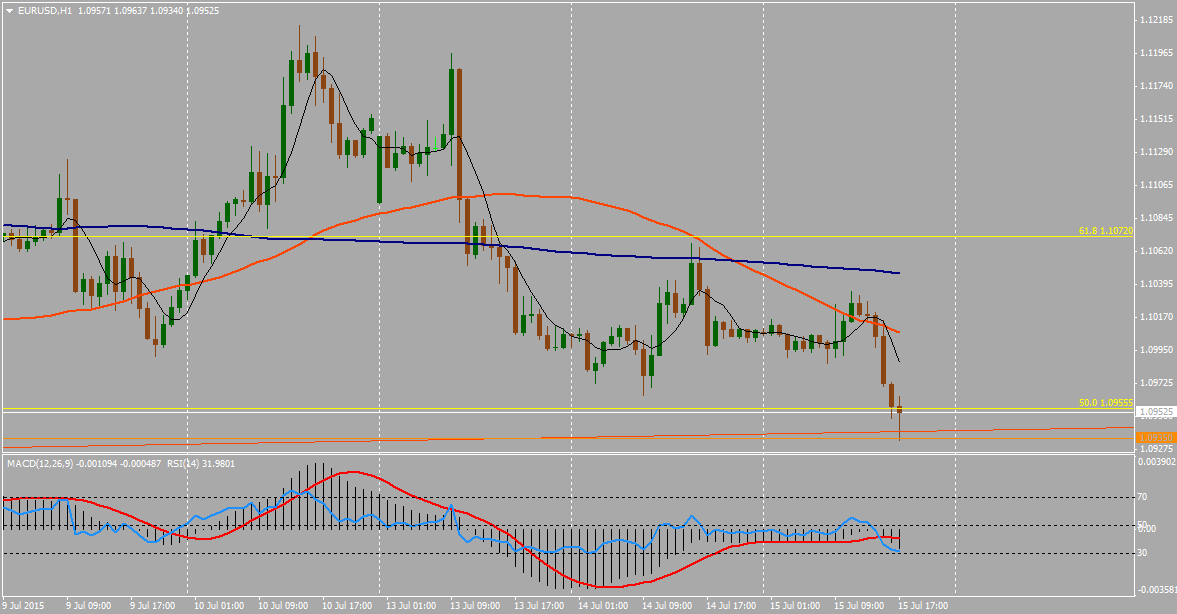 For long position holders, the major concern at the moment is not the FEDs USD opinion, but today’s Eurogroup meeting as well as the Greece Bailout voting.