Oil prices have extended loses against the backdrop of a weakening global economy. The following XBRUSD price projection looks at the technical side.

The Oil market is generally bein pressurized by the plummeting global economy. Non-OPEC producers are now all out to increase supplies. Earlier in September, the attack on the Saudi Oil facilities took prices higher as the market expected reduced supplies before the Oil producing kingdom gets back on its feet. However, the market quickly discounted the effect and slumped.

According to data released by the Energy Information Administration (EIA), the US crude supplies rose for a third consecutive week in September. In the week that ended on September 27, it rose by 3.1 million barrels which was much higher than expected. The bearish run might continue in the next two weeks

Resistance Levels: $70 and $75. Price is driving away from these levels. We may also have to identify $63 as resistance level – a broke support level.

Support Levels: Price is currently testing the $58 support level. A breach below this level will lead to further slump toward the $55 support level

In the last update, we identified that the intermediate trend is bearish. Price is completing a larger zigzag corrective pattern that started in May at $75. By projection, this is expected to hit $50 or even lower. Meanwhile, the dip from $69 was completing an impulse wave as the chart below, used in the last update, shows. 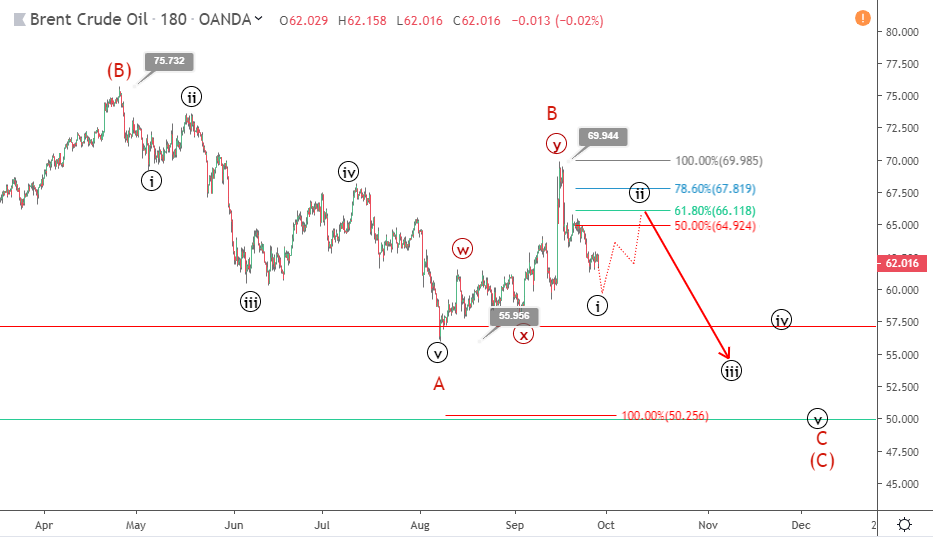 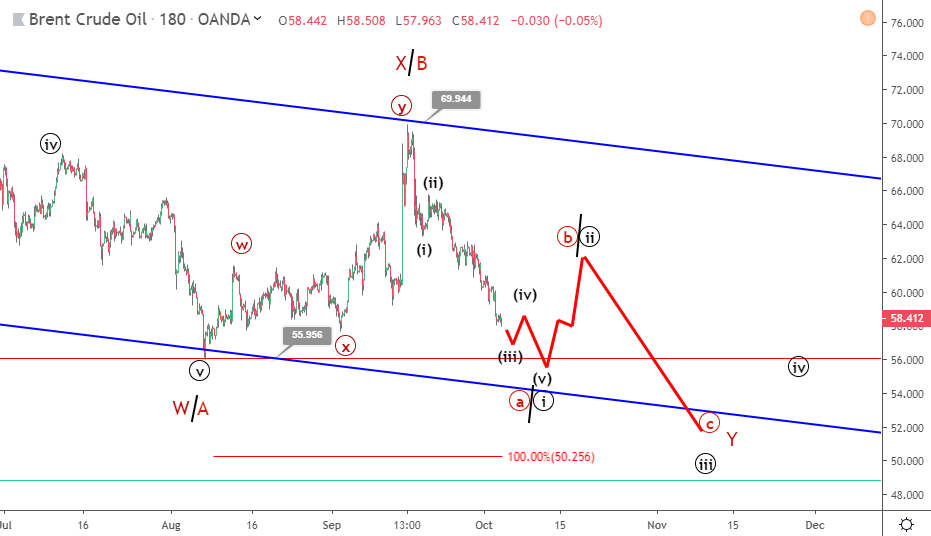 The chart above also added another scenario – a double zigzag chart formation from $75. If the dip from $75 completes a double zigzag pattern, we should see the current dip ending around $50-52 with the base of the channel contributing to the support zone. However, if a fast dip happens below the channel base, Oil prices should plummet further. Meanwhile, Brent crude could make a minor bounce around $55 to $62 or slightly higher before dropping.