China’s Trade balance was very disappointing, coming at 3.1B, way below forecast of 43.4B and previous of 60.6B. According to the data, there was an unexpected dip in exports, which fell 15.0% yoy (expected: +9.0%) which resulted in the trade surplus to fall unexpectedly $3.1bn. The interesting part to this is that the stock market actually rallied on the back of this report as markets seem to anticipate further stimulus from the government due to the weak release. Considering the amount of stimulus already carried out, the marginal effect of an additional round may be less felt. The AUD/USD fell sharply along with the NZD/USD, the yuan fell against the USD and Shanghai stocks were up 1.5%! 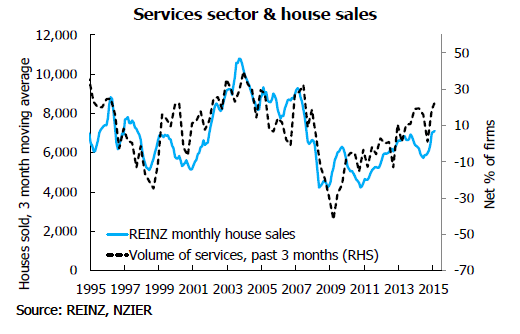 The New Zealand Institute of Economic Research Business confidence came at 23 for last quarter, slightly below 24 in the previous quarter. This indicates that growth has moderated over the three-month period. A seasonally adjusted total of about 20% of firms surveyed now expect business conditions to improve over the next six months, slightly down from 22% in the fourth quarter of 2014. This may have contributed to the weakness in the NZD yesterday, falling against the USD.

Today, we have UK’s CPI scheduled at 8:30 am GMT. With the elections close, attention is on economic data as many seek insights into the UK economic situation at a last minute before making a decision. Previous CPI data shows inflation close to zero in the last release. With the UK economy close to deflation, economists forecast that this months release will remain at zero. It now seems like just a matter of time before deflation sets in. As the inflation rate falls expectations of a rate hike fall as well. Hence, a drop in the CPI could push the GBP further down, haven touched a five year low against the USD. The question now is Will UK enter deflation?

The NFP results and the consequent anticipation on how it will affect the Feds decision to raise rates seems to have been the market driver last week as the USD strengthened across board. This week, attention switches back to a number of economic data. The Core Retail Sales m/m has been disappointing for the past three months, making a case for some to opine that the US recovery may be slowing. It is forecast for a lift this month to 0.7% from -0.15 last month. The Retail Sales m/m which has also been shrinking for months now is scheduled for a lift to 1.1% from -0.6%. Also, the Producer Price Index which shows change in the price of finished goods and services sold by producers is forecast to come at 0.3%.