PlanB’s model explains that the next peak for Bitcoin will lead price to jump towards $31,000 mark by 2021.

September 12, 2019, | AtoZ Markets – Bitcoin mining is growing at a very fast rate, with daily growth once again setting new records. Based on different statistics, the Bitcoin network hashrate is between 95EH/s and 98 EH/s and it will surpass 100 EH/s within a month.

Rise in Bitcoin hashrate in 2019

The hashrate growth looks like it has gone parabolic in 2019, following a slump at the end of 2018. Traders noted that even at $10,000 prices, the hashrate was nearly 20 times more active compared to the absolute price peak for BTC at $19,600.

Difficulty growth has accelerated, and the current mining records are happening under conditions that are less favorable to block discovery. But it seems mining pools are accelerating the fight for some of the last blocks.

According to cryptocurrency analyst – PlanB, Bitcoin price went through several difficulty cycles in its history. Every time the value of the coin rises as per an order of magnitude less relative to last difficulty low. 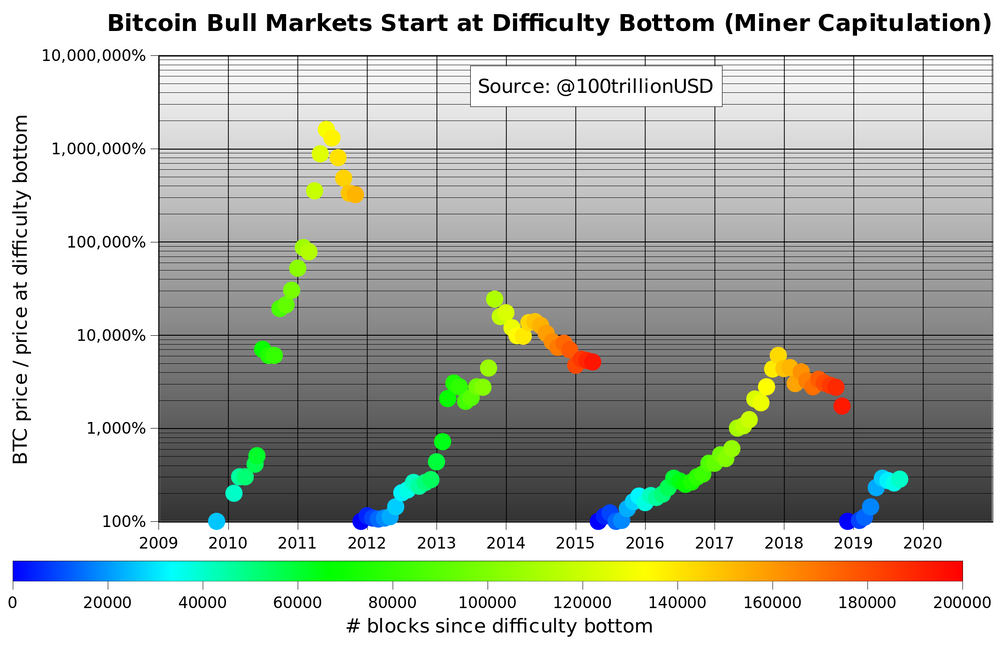 Read more: How to build a cryptocurrency mining rig?

The latest difficulty adjustment made it about 5% harder to discover a block. However, pools may have added matching hashrate to offset the increased hashrate. Currently, new shipments of ASIC are still happening, offering significant improvements in hashrate.

BTC currently trades at $10,106.82, a price that goes above breakeven for most large-scale mining farms with access to cheap electricity. The currently rising difficulty marker is also seen as a potential boost to the market price, as interest in mining may signify expectations of better BTC market prices.

Accelerated mining is bringing block time slightly below 10 minutes, potentially bringing the halving to a closer date. It is also possible that block rewards are in high demand, as they are “virgin” BTC with no transaction history and maybe more appealing to some investors. This demand has increased after authorities have started combing blockchain history for connections to known dubious addresses, such as darknet wallets or mixers.