Despite consolidating between 18.70 support and 22.22 resistance levels for the first three quarters in 2014, spot silver price broke its 18.70 key support zone in September and closed the year at 15.67 level. The fourth quarter of 2014 was the lowest spot silver price levels since August 2009. For the year, the valuable metal depreciated over 20% in value.

Question: So what were silver moving events in 2014?

Answer: There were two major reasons for Silver’s 2014 bear ride.

Although it is slightly different than the bullion, Silver also serves as a safe haven asset as an alternative investment tool. When the global economy struggles, investors will tend to buy silver, pushing Silver higher and higher, whereas when there is progress in global economy, especially in the US economy, investors will flee silver and gold and invest in USD creating bearish sentiment

But bears don’t become bears for no reason. Rising USD confidence has enabled the US to become a leading economy once again as the FED is even planning to hike its interest rates after finalizing its QE activities.

While the US FED is planning to hike its interest rates in Europe thee is already negative interest rates applied in Switzerland, which creates monetary policy divergence. This divergence also increases the value of the US dollar.

Looking at the Silver graph, we can see that it has hit a major support zone at 14.40 levels and is now possibly aiming to once again test its previous monthly support, current resistance level at 18.70 levels.

Fundamentally talking, as long as the USD index keeps rising there is a possibility that Silver will be trading sideways with bearish bias. Hence, unless we have a definitive development, silver is not going to be giving investors much of swing trade opportunities but most definitely there will be too many intraday opportunities as the valuable metal consolidates between 14 and 19 levels.

But let’s also not forget that besides being an alternative investment tool, not like gold silver has its industrial applicability which will keep silver on the demand list notwithstanding the health of the global economy. 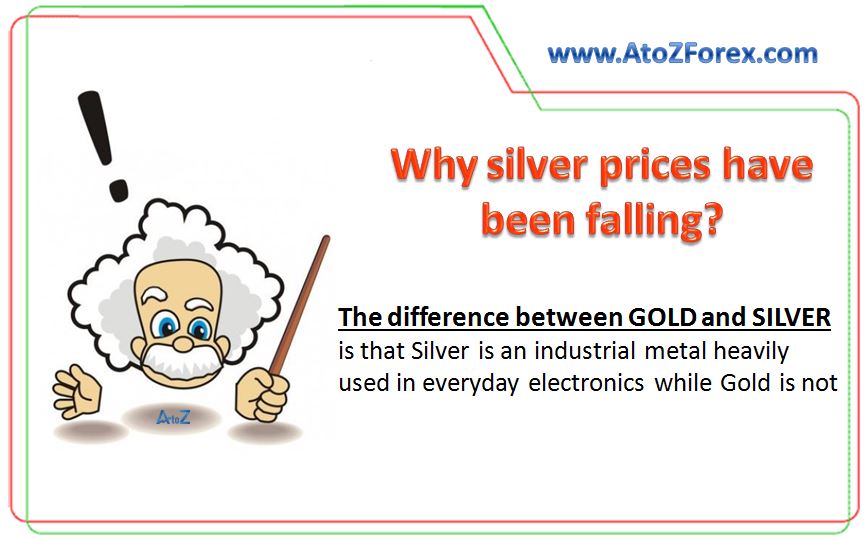