In an unexpected move, Bitcoin Cash price has spiked drastically today. Why did Bitcoin Cash Prices Rise Almost 30%? Will the rally last for long?

19 December, AtoZForex – In the middle of the global craze surrounding Bitcoin price rally, many of us almost forgot about the existence of one of Bitcoin alternatives – Bitcoin Cash. This promising cryptocurrency currently stands at the third place in the world in terms of the market cap, letting only Ethereum and Bitcoin in front. 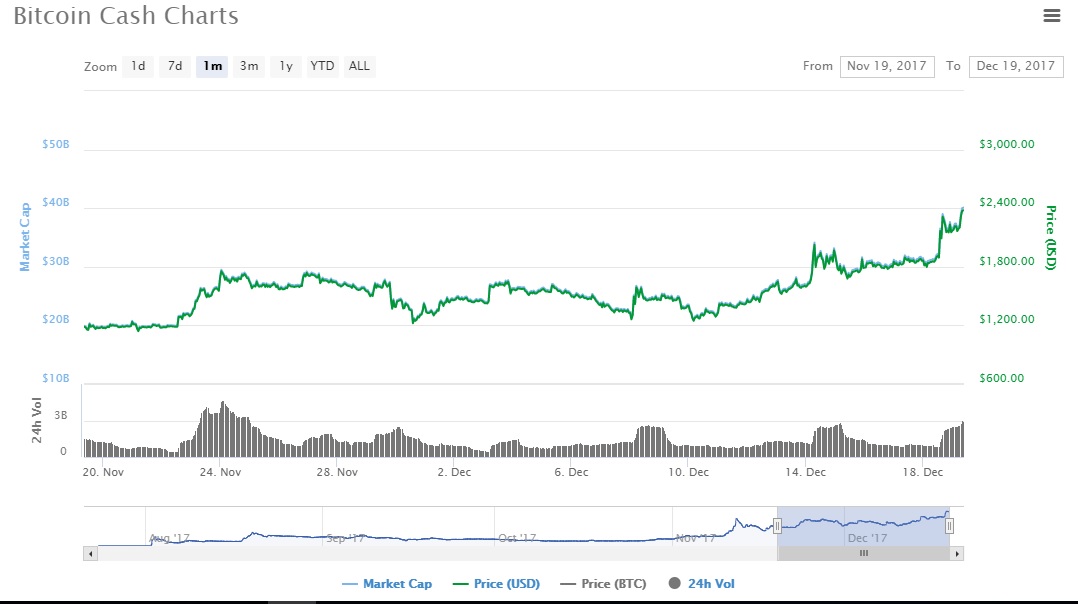 Markets speculate that the key reason behind Bitcoin Cash price surge lies in the reaction to the news about Bitcoin service BitPay beginning to accept payments in the coin. As per the post dated this Friday on the official blog of BitPay, the company has realized the necessity for more cryptocurrency options for merchants.

In the meantime, the service is considering to add payments options in “other Blockchains which Bitcoin has inspired.” In fact, the organization plans to start the expansion of their services with BCH. Commenting on the Bitcoin Cash addition, the team behind the BitPay project stated:

As of now, the market capitalization of the Bitcoin Cash stands at $39,914,046,568, according to the data from coinmarketcap.com. The news about BCH addition to the BitPay emerges as a key driver of a significant increase in trading volume of Bitcoin Cash.

Following the announcement, the investors have moved to purchase Bitcoin Cash due to the expectations that the BitPay addition will positively impact the market adoption.

As a matter of fact, until now, the price of Bitcoin Cash has seen a week of a moderate stability. The cryptocurrency has been changing hands in the range between $1,700 and $1,900. It also appears that investors did not react to the BitPay news immediately, which explains the fact that the price of BCH has spiked only today.