According to the latest research from Diar, Bitcoin whales who own at least 1000 BTC are responsible for bringing back the bull market that Bitcoin is currently enjoying.

May 29, 2019, | AtoZ Markets – Who are Bitcoin whales? That is the term used in describing the biggest players on the Bitcoin market who owns a staggering percentage of coins currently in use. While many of them are anonymous traders, exchanges and hedge funds, however, there are some among them who openly declare themselves and their holdings.

One of the known Bitcoin whales is Satoshi Nakamoto, the alchemist of the flagship cryptocurrency, who is said to be in ownership of around 1 million BTC, amounting to a current USD equivalent of $4 billion.

Another, is the Winklevoss twins, Tyler, and Cameron Winklevoss. In 2013 the twins reportedly invested $11 million into BTC at a price of $120 per coin amounting to roughly 92000 BTC a current price of 368 million dollars.

Another biggest known Bitcoin whale is Tim Draper. This notable Bitcoin evangelist and venture capitalist has accumulated about 40,000 BTC. As of right now that BTC, which Draper – a known HODLer – probably still owns, is worth $160 million.

These few Bitcoin whales we have mentioned have been the major drivers of important events in the crypto industry.

According to an analysis by Diar, there has been a steady increase in BTC being acquired by Bitcoin whales holding 1000 BTC or more. Those wallets currently hold 26% of the total Bitcoin circulating supply. Comparing the amount of Bitcoin amassed by these wallets in August 2018 when Bitcoin was also at $8,000 to the current amount, Diar said the addresses held under 20% of the circulating supply which has increased to 26% in less than a year. 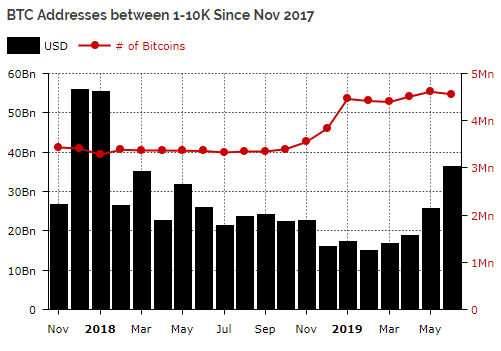 The number of Bitcoins held by these addresses significantly increased by December of 2018 when the cryptocurrency bottomed. This could be due to a major buy-in of the bottom for storage ahead of a possible bull market like the one Bitcoin is experiencing now. The increase in the number of Bitcoin held amounts to $6 billion more than what was held in August 2018.

In addition, 40% of mined Bitcoins in 2019 have been claimed by these wallets while retail wallets holding 0 to 100 BTC have also received an additional 126,000 BTC this year and the number of wallet addresses under this category has been on the increase as well. Retail wallets currently hold 38% of Bitcoin’s total circulating supply but are not responsible for the current price rally because they are quite stable, the report said.

Interestingly though, on-chain transaction data suggests that there is a restricted supply of Bitcoins on exchanges which happen to own most of the major addresses. This is evident by the reduction in the amount of Bitcoin they hold which has declined from 21% of the total circulation to the current 16%.   So far, more than 300,000 bitcoins have left major addresses, including exchanges, since the beginning of 2018. 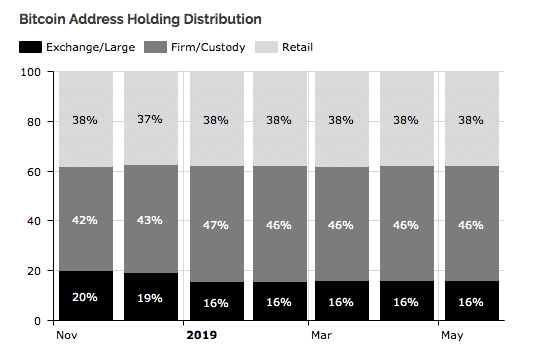 Bitcoin whales are responsible for the bull market

The increase of 7% in the amount of BTC held by the major whales holding between 1000 and 10,000 BTC is responsible for the price surge, based on Diar’s data. This is a possibility as those BTC are nor lost but have been in the wallets and they have been quite active according to the report.

The price of Bitcoin has been consolidating on Wednesday, hovering between $8,700 and $8,800 on most major crypto exchanges. At the time of writing, the average Bitcoin price was $8,678.26, according to CoinMarketCap. That represents a daily gain of 0.7%. 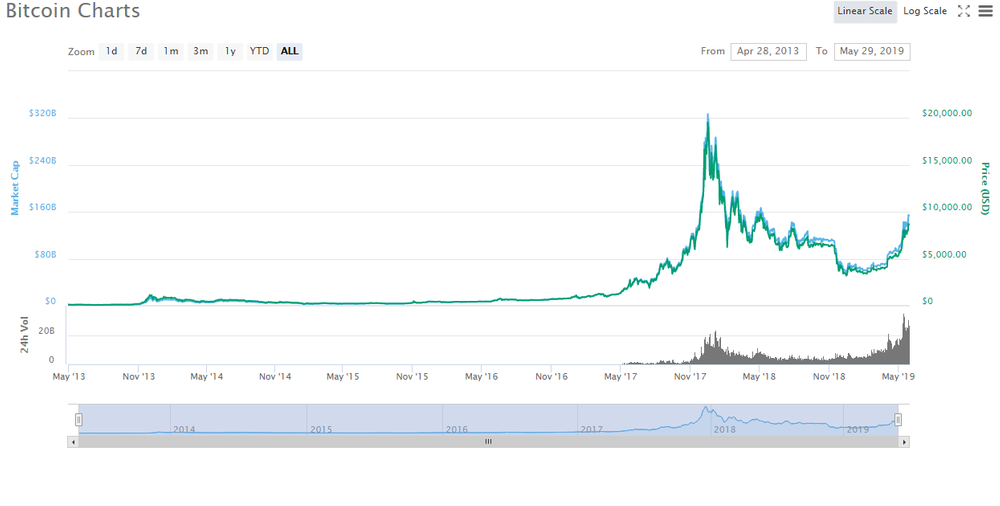 Is Bitcoin market in danger of losing if the whales decide to sell? Let us know your thoughts in the comments below!