FX Stop-Loss Orders has been part of the traders’ arsenals since the dawn of time. Yet, the usage of stop-loss orders has come under scrutiny, due to the rise in algorithmic trading and associated “flash crashes”. What will become of this traditional traders’ tool?

1 November, Xtrade – The ability to initiate positions on foreign exchange rates, has never been easier. While an explosive growth in both marketplaces, instruments and computer-driven analysis has empowered individual traders as never before, the largely zero-sum nature of the world’s most liquid market has not resulted in payouts to participants on a commensurately magnified scale. (Analogously, the ever-expanding expenditures on golf equipment has not resulted in better professional results over time. As Duke Ellington also put it in yet a different context: “It doesn’t mean a thing, if you ain’t got that swing.”)

Coming under the scrutiny of late are stop-loss orders. Stop-Loss orders – liquidating a position when a price is reached to limit a loss – have long been a traditional weapon in traders’ arsenals. While electronic trading platforms may struggle to execute these orders at the exactly specified price, even in relatively quiet markets, they had, on the whole, played a key strategic role. This, despite the known phenomena of whipsawing, wherein a security’s price heads in one direction, but is followed quickly by a movement in the opposite direction (or an instrument price drops in value for a short while, and then suddenly surges upward toward a positive gain, relative to the instrument’s original position.)

With the advent of programmatic trading in equity and derivative markets prompting greater volatility, the use of a FX stop-loss order as a means of risk reduction became less effective. Now, with the rise in algorithmic trading and associated “flash crashes” (quick drops and recoveries in instrument prices), usage of a FX stop-loss order has similarly become problematic in foreign exchange trading.

FXCM reported that in the 15-month period January 2015 to March 2016, some 40% of stop-loss type orders executed on its platform were at prices less (worse) than those requested by the client, a phenomenon called “negative slippage.” Massively moving market prices are not mindful of arbitrarily set and not randomly distributed execution points. Furthermore, investor group-think often leads to a bundling of stop-loss orders at specific prices, further distorting price movement. 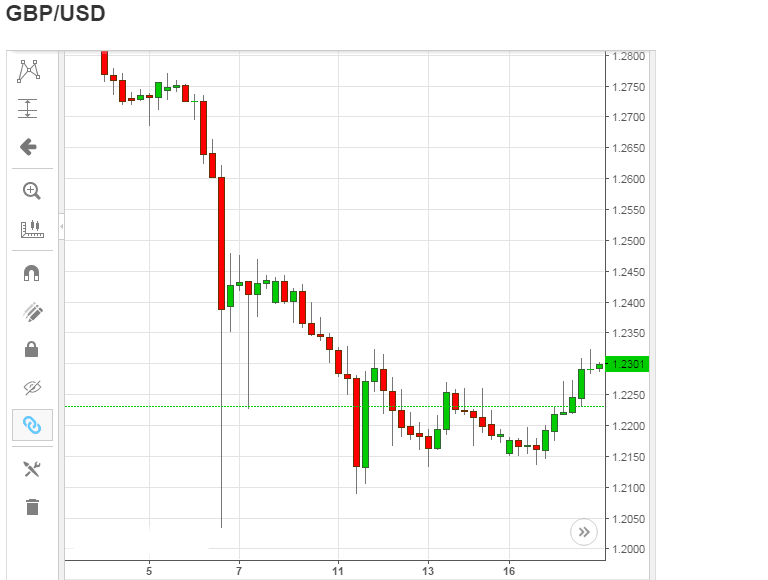 The most recent flash crash, that of the British Pound on October 6-7, while undoubtedly programmatically (or mistakenly) driven, evidenced an exaggeration from stop-loss sell executions in the first minutes of the panic, during the low-liquidity hours of pre-Asian trading sessions.

What is the inescapable conclusion?

Stop-loss orders are still employed in other commodity markets like oil and gold where increased volatility has not as readily translated into erratic dramatic plunges. And the alternatives for FX traders are not without problems. Using option contracts or closing positions entirely entail different costs and risks.

The inescapable conclusion, at this moment in the man-machine evolution of trading, is that the best strategy is one of sustained vigilance by an experienced hand and unemotional implementation of a strategy. More specifically, build your trading experience and expectations around liquid markets and program into your personal algorithm the known unknown, spikes of volatility that might induce unwanted automated behavior.

Xtrade is an award-winning provider of desktop and mobile trading services, featuring CFD trading on stocks, national stock indices, commodities, and currencies. The brokerage’s financial technology includes five digital trading platforms, all of which are available in over 40 languages to traders from Europe, Asia, and the Pacific. Other prominent services include an award-winning trading education center, breaking financial news in real time, and pioneering trading tools. Xtrade’s Global Ambassador is Cristiano Ronaldo of Real Madrid. The brokerage is regulated by the EU’s Cyprus Securities and Exchange Commissions, the EU’s Markets in Financial Instruments Directive, and the Australian Securities and Investment Commission.