The Dow Jones, Nasdaq, and S&P500 touched its all-time high after US President-elect Donald Trump policies. What to expect from Wall Street in 2017?

26 December, AtoZForex – The Wall Street indexes surged almost 10 percent in 2016. The year is one of the history making for the Wall street after the US President-elect Donald Trump. Though the year started off with low records, the first quarter seems worst for equity, debts, IPOs and mutual funds. But after Nov 8 the market surged a lot and touched all time high due to Donald Trump’s new policies.

The S&P 500 Index is about to touch its new levels of 2,350 and Dow Jones Industrial average almost touched the ’round numbers’ 20,000 levels. The Nasdaq composite Index surged 0.28 percent on Friday up 15.27 points at 5,463 levels. The Financials, Services, Technology, and consumer utilities sectors were the main players behind the lift of Wall street in 2016. 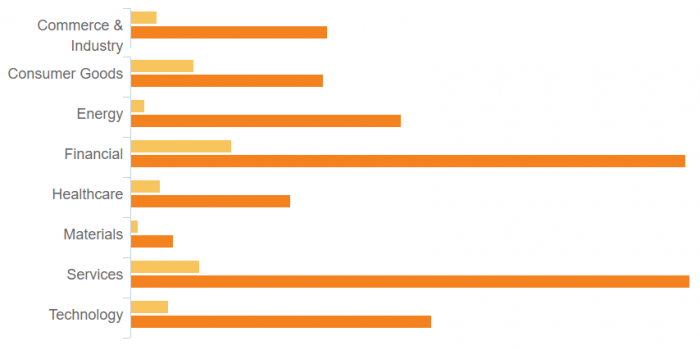 What to expect from Wall Street in 2017?

Now, the question arises among investors is: Will the Wall Street surge in 2017 or not? Much of the responses centered around the incoming Trump administration in 2017 and what his presidency rule will mean for the markets. Analysts predicted the next year is sure to be more active than 2016 has been. On the IPO side, especially tech IPOs, bankers anticipate an opening up of the window, provided equity markets remain energized. Both the S&P and Dow have hit all-time highs multiple times since the election.

I think the US stock market may remain bullish and might hike 12-15 percent in 2017. Though the stocks seem overbought but still the fundamentals and technicals remains stronger. Volatility persists yet investors are ready to put more money into stocks. The manufacturing and engineering sector might boom in 2017 due to Donald Trump’s policy on production industries. The President wanted to shift all the US manufacturing industry operating in China back to the USA. Though it remains painful for companies in short term but good in terms of employment growth in the US. This may lead Financial and other small cap industries in the US to grow in 2017.