July 24, 2019 | AtoZ Markets – In the Second World War, the victorious countries established a global financial system that they had to impose their domination over world economies through the International Monetary Fund, whose purpose was to assist in the reconstruction of countries affected by the effects of the war. The Bank’s policy on interest-bearing lending has been adopted by rich and rich countries to lend to poor countries. Thus, countries begin to pay interest on loans for long years, which may limit their development because of the increase in interest rates. The world’s economies relied on foreign currency, the currencies of the IMF’s lending countries in trade such as the US dollar and the pound. These currencies were pegged to gold and precious metals at the beginning and when the dollar began to swell as a result of the Vietnam War, world oil prices were pegged to the dollar.

The digitized or encrypted currency, headed by Bitcoin, is a virtual currency which is not monetary and does not supervise the printing or issuing of any central bank. Digital currency ownership is documented in encrypted records stored on computers. Bitcoin was established by an anonymous person named Satoshi Nakamoto, and began trading in 2009. Bitcoin does not rely on a broker or a central register. The currency is traded between the seller and the buyer without any intermediary. The digital currency is registered in encrypted records around the world. In other words, no one knows how much your money is, not a bank employee, government or anyone else.

For example, if you go to a store and buy a piece of clothing and pay by credit card, the bank is the intermediary between you and the seller. Even if you pay cash, the central bank is the mediator where it issued the currency. If you use the digital currency, for example, when buying a piece of clothing, you pay through a digital wallet saved on your mobile phone and the seller has a machine similar to the payment machine with credit card, you pay directly to the seller. When the process is done, ownership of the digital currency changes from your portfolio to the seller’s portfolio. The change of ownership over computer networks around the world is soon spread in a decentralized way called Blockchain . That is, there is no computer or central bank operating or aware of the parties and that no change to a transaction performed over Blockchain  can be made without the approval of the seller and the buyer together.

How does Blockchain work?

Blockchain is a decentralized process used to document electronic sales and purchases by feeding a wide range of computers with the process of transfer and change of ownership. Any process must be documented on 51 per cent of the network before it is completed. Once the original owner has been authenticated, the conversion process is done and the new owner is documented in an encrypted manner without knowing any information about the old or new owner. Thus, the process does not require a central computer or any organizational sector to complete the process.

Banks, governments and financial intermediaries have also begun using the Blockchain  technology on which Bitcoin  relies.

Volume difference between Bitcoin and banknotes

The value of banknotes is determined by governments, supply and demand, market economies, inflation and internal and external debt. The printing of paper currency is done according to need and is a controlled process, especially when talking about foreign currency. Bitcoin is a currency limited in minting. The number of Bitcoins in the future will not exceed 21 million coins. 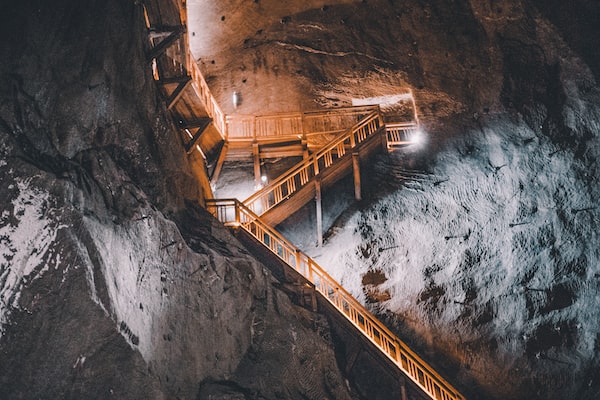 The non-mediated exchange system, followed by digital currencies, eliminates the idea of ​​centralizing and controlling the movement of money, stocks, real estate, etc. It is difficult to control the movement of funds and even know their destination. Yes, this decentralization and secrecy in trading has attracted many people who want to get privacy and get rid of the banks. But it has also become a safe haven for tax evaders or for money laundering or dirty operations from the organ trade and drugs that take place in the dark Internet away from the eyes of banks and governments.

Digital currencies have proven to be powerful enough to undermine state power and control markets. In a US Federal Reserve investigation of Bitcoin at the end of 2017, Council President Jerome Powell concluded that one of the biggest risks to digital currency was privacy.

The digital currency is not subject to a government or a particular global system. What is driven by buying and selling is the exchange of currency.

That is why we see many governments and banking systems struggling to fight digital currencies. They seem to be inclined now to issue central currencies such as the Ripple, through which they can change some of their financial rules, but without losing their control of the markets and the transfer of funds.

The future of digital currencies

We do not know how the note currencies we trade daily are issued, or how much cash is being in the market. Its exclusive controller is the government’s central bank. All our transactions are subject to the banking system. We have no privacy and pay commissions in every move we make, especially companies. Not to mention the difference in prices resulting from exchanging currencies or buying goods or services from countries in a currency different from the local currency.

Bitcoin and etherium and their digital counterparts, which use the blockchain for documentation, preserve our privacy, and make us feel that we are back to using yellow gold in our transactions instead of paper because we know that no new banknotes will be printed by a sovereign decision that will lead to inflation.

What determines the price of a digital currency is speculation only. In addition, the sale and purchase is not subject to a broker demanding commission. The war on digital currencies will inevitably fail and even those countries that started fighting them will look isolated in the future and will have to change their ways of thinking toward cryptocurrencies.