April 01, 2019, | AtoZ Markets – The year 2017 the rise of cryptocurrencies and blockchain technology was at its peak. Most of the cryptocurrencies had seen a ten times increase in value by the end of the year. Bitcoin, the father of all cryptocurrencies has surged by 1900% to hit an all-time high of $20k in January 2018.

As Bitcoin grew in value due to its recognition and adoption. Satoshi Nakamoto, the creator of Bitcoin, hadn’t intended there to be so many transactions when he first created the Bitcoin network. As the Bitcoin’s network grew, the processing of payment slowed down. To resolve these scalability problems, the Bitcoin network implemented Segregated Witness which is also known as SegWit on September 24, 2017. Here, in this article we will explain to you what is SegWit, it’s benefits and how will it improves Bitcoin scalability.

In simple words, Segwit is a technological add-on to Bitcoins network to help dissect the transaction to make the data smaller. Smaller data means faster and safer transaction times since there is work which will be outsourced. 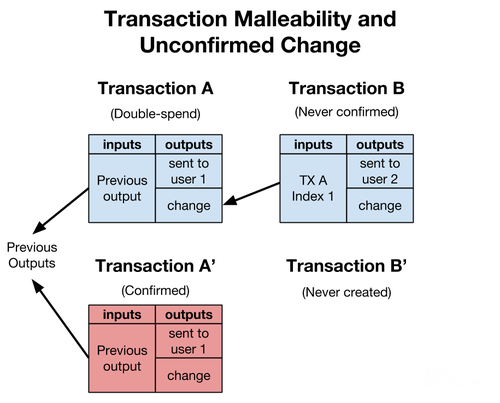 The idea of SegWit was released in October of 2016. It was the result of one long year of discussion and work that was undertaken at the Bitcoin scaling conference in Hong Kong city. The concept was first formulated by Pieter Wuille, a member of the Bitcoin core team.

How will SegWit improve Bitcoin scalability?

The bitcoin blockchain consists of multiple systems distributed across a peer-to-peer (P2P) network. These systems are called nodes and serve as the admins for Bitcoin transactions. All transactions made in Bitcoin are duplicated across these nodes, making it impossible to hack into and corrupt a transaction.

The major issue that the Bitcoin platform is facing is that as more and more transactions are being conducted, more blocks have to be added to the chain. Blocks are generated every 10 min and are constrained to a maximum size of 1MB. Due to this limitation, only a certain number of transactions can be added to a block. The weight of the transactions, represented by the blocks, is weighing down the network and cause delays in processing and verifying transactions, which sometimes take hours to confirm a valid transaction.

Faster Transactions: Segwit’s main purpose is not to make transactions faster but to prevent malleability. However, it indirectly allows for faster confirmations by fixing the malleability.

Cheaper Transactions: Transaction fees were decreased with Segwit because transactions allow for more capacity and signatures are weighted differently.

Safer Transactions: It makes it harder for the network to be hacked since it outsources the work.

More Transactions: The problem with having a bigger block size is because first, it does not go with the vision of the original Bitcoin whitepaper. When Segwit was implemented, it quickly saw a decrease in the memory pool, which holds all the unconfirmed transactions.

Lightning Network: The lightning network is a level 2 add-on technology that will allow two people to transact as many times between them before it settles on the blockchain. This goes back to the scaling issue which can potentially create the ability to have more transaction than any Visa.