21 March, AtoZForex, Amsterdam – BREXIT, a commonly used Forex term of 2016 which stands for Britain Exiting the EU. Despite the EU – UK agreement, the fear still exist, so what are the Brexit scenarios? What can traders expect off the 23 June In-Out referendum? How to trade Pound in case of Brexit?

We have seen the British Pound tumbling since the Q4 of 2015 due to Brexit fears market sentiment. The long due curiosity is about to find its solution on the 23rd of June In-Out Referendum which will take place all across the Great Britain, of course there are supporters on both sides. As of the 1st of November 2015 46% of the British nationals are in favor of the Britain staying as a part of the EU, while 38% support Brexit and 16% have been indecisive. Thus, traders, buckle up there is Brexit market turbulence ahead of us! Regardless of the outcome, the impact will be enormous on the EU, UK and even larger scale world economy.

Today we look into Brexit Scenarios, give our big picture expectations for GBPUSD and get ready for our upcoming “How to trade Forex in case of Brexit?” webinar.

Looking into the current market sentiment we can see that there is still a chance for the In-Out Referendum to conclude with a “YeY” for the Brexit, thus theoretically speaking  the UK government should be preparing their backup plans already.

One model the UK could take would be similar to what Norway has done. Although Norway is the 5th largest EU import trade partner, they are not an EU member state but they are a member of the European Economic Area (EEA) which enables the Norwegians to have an access to the single European Market by just paying €340 million to the EU. With this structure Norway is not responsible for the EU rules and laws, they only have to follow roughly 21% of the EU law. They also have their own currency NOK (Norwegian Krone) which is a commodity currency correlated with the Crude Oil prices.

Switzerland is the 4th largest EU trade partner and they operate with the EU based on bilateral treaties. Additionally as a non-member state, the Swiss do not have a voting power but they have to contribute to the EU budget as a part of these treaties.

Switzerland also has its own currency, the Swiss Frank, CHF was pegged against the Euro up until 15th of January 2015. The Swiss National Bank (SNB) still tries to balance the price of the CHF with Euro in order to enable the Swiss companies operate with the EU member states at ease.

Turkey’s story is rather different. Not like Norway or Switzerland, the other EU member states have not been supportive of Turkey becoming a full EU member, thus Turkey is an EU candidate state. There a bilateral customs treaties between Turkey and the EU enabling Turkey to become the 7th largest EU import trade partner. The country has free access to all the Markets except the financial markets.

Turkey is exempt from EU rules and laws, has no influence on EU nor its policies. The country also has its own currency, the Turkish Lira.

Besides the above given 3 types of options, the Great Britain would also have two other options as well:

So, you probably are wondering now, how to trade Forex in case of Brexit?!

Besides the fundamental trouble there, if we look into GBPUSD from Fibonacci analysis perspective the pair is bound to trade between 38.2% and 161.8% Fibonacci retracement levels which fall onto 1.4675 and 1.3990 levels respectively enabling traders to sell high and buy low. 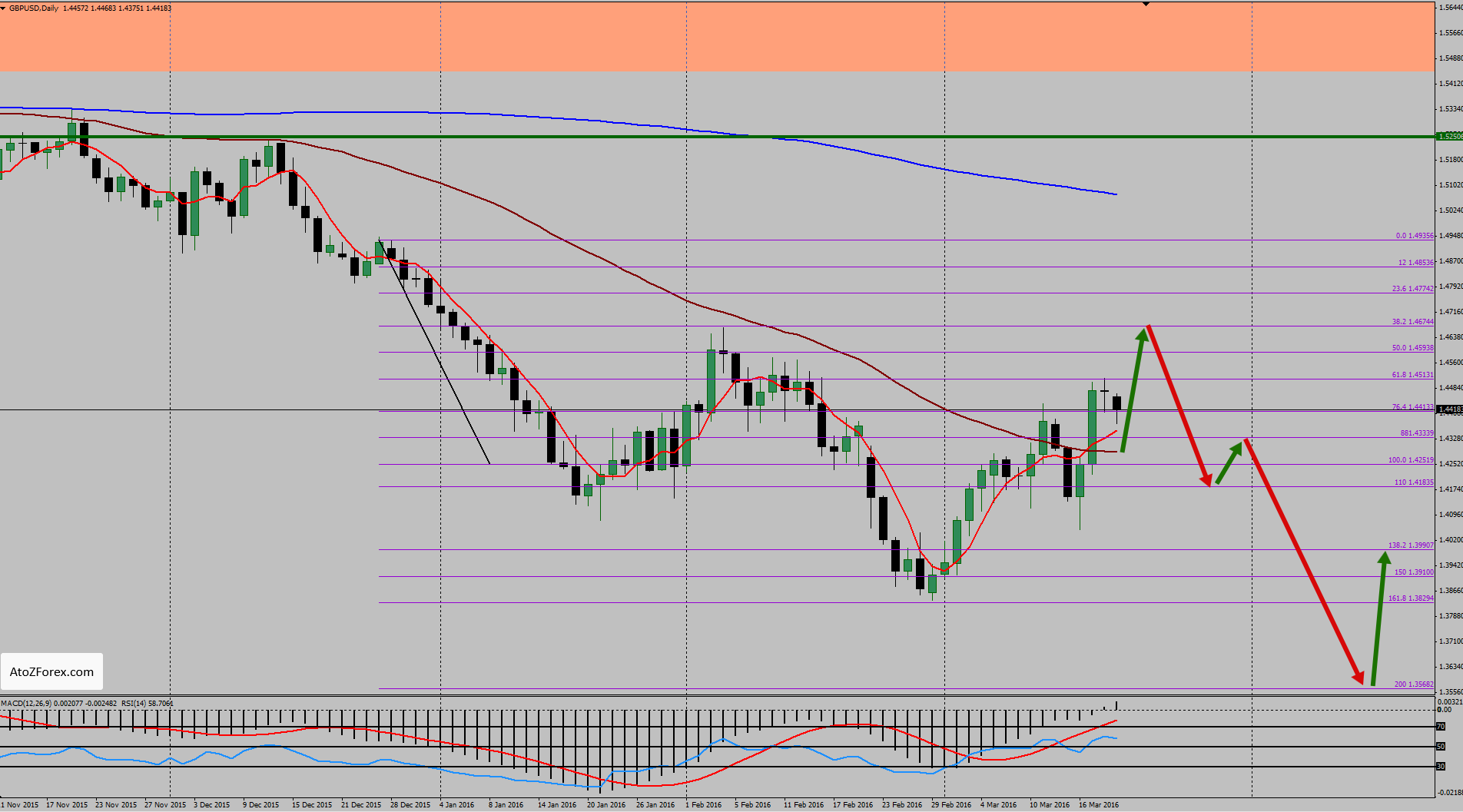 I am convinced that Brexit is just like Grexit! It will never happen. GBP will ultimately depreciate first to then appreciate. Thus we shall look into taking risks. We will look into selling GBPUSD with targets towards 1.3570 level where we will also be placing a buy limit order as well.