20 April, AtoZForex, Vilnius – After testing the psychological resistance level at 1.4400,   GBPUSD pair has gone into a short term correction mode. While bearish activity remains weak bulls are still stronger and price-action is indicating a potential for further bullish domination. But in order for the bulls to dominate the pair the market requires an additional growth driver. Such driver could be Claimant Count Change or Unemployment Rate in the UK but probably the ECB meeting tomorrow will have a bigger impact. The positive data is able to provide additional support for the British currency. Overall we are waiting for the GBPUSD correction in our actual currency pair today.

Technically the pair is moving on mixed bias, with bullish preferences from big picture perspective however a short term bearish correction wave can not be overruled. 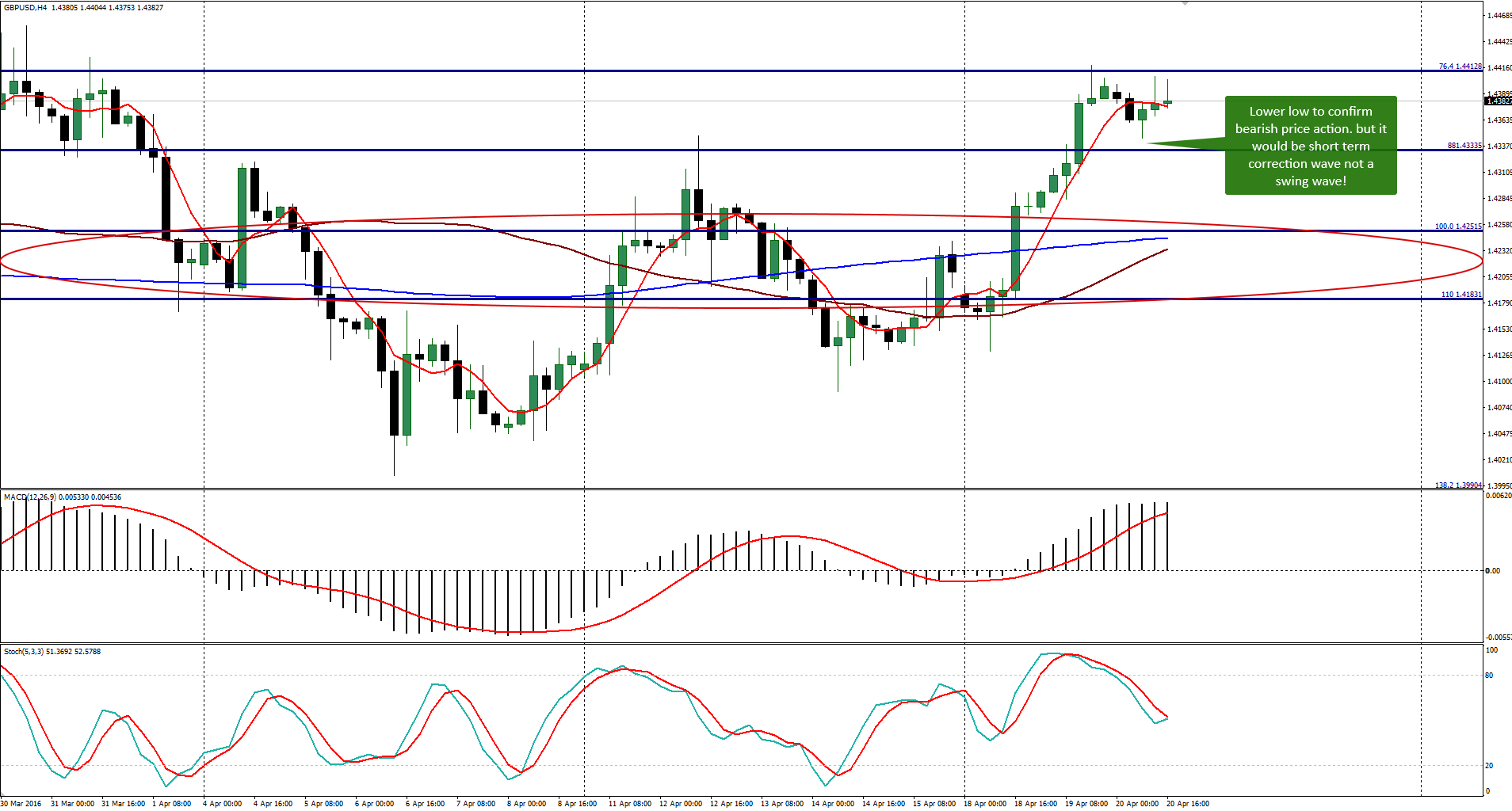 We have controversial signals from our indicators. Despite uncertainty, we are waiting for GBPUSD correction. But we believe that the downward GBPUSD correction will be short term. Daily chart also confirms our assumption as well. We would like to remind you that today we have important market announcement.  These fundamental data releases can have a significant impact on the further developments for GBPUSD price action developments.