29 May, AtoZ Markets – The Financial Services Commission of Mauritius (FSC) has issued a warning against the Binary Options broker. Specifically, the Mauritius regulator has warned the public against dealing with VTB Trade.

The financial regulator of Mauritius has issued an alert for the public, stating:

‘The Financial Services Commission, Mauritius (the “FSC Mauritius”) would like to alert the public with regards to VTB Trade claiming to be an international company that provides its customers with the most advanced services on the world financial market.’

The regulator states that the entity is claiming to have its contact details as Global Service Headquarters, The Financial Services Centre, Berkshire House, Holborn, London, WC1V, floor 11.

The FSC Mauritius has also stated that the firm is falsely claiming to have the trading license from the regulator. Moreover, the VTB Trade presents the false document on its official website. Please see the document attached below. 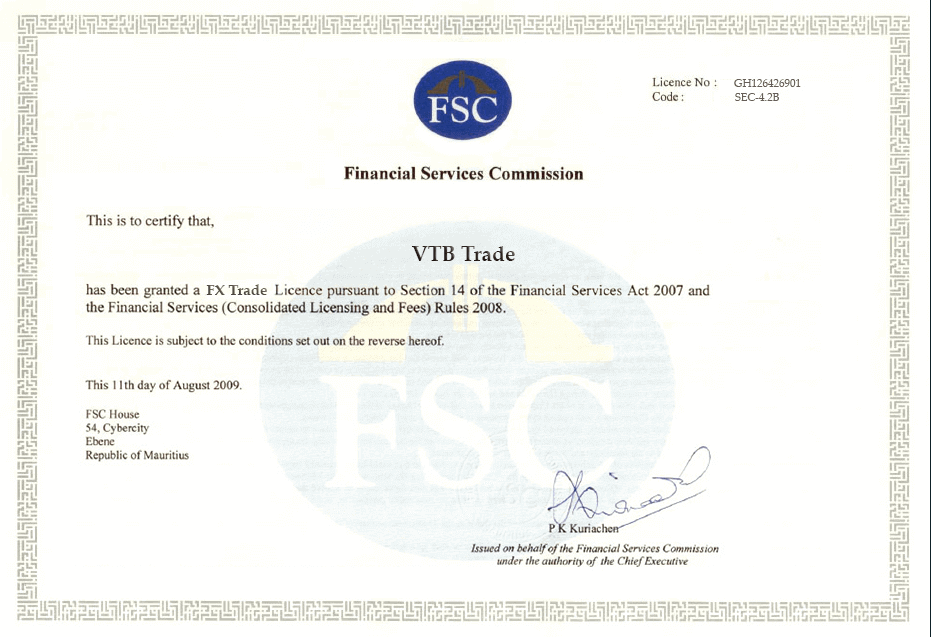 Presently, the firm is stating that it has an ‘FX Trade Licence pursuant to Section 14 of the Financial Services Act 2007 and the Financial Services (Consolidated Licensing and Fees) Rules 2008’. However, the regulator states that it has never issued a license for the VTB trade. Thus, the FSC Mauritius urges the investors’ community to exercise extreme caution in regards to the VTB Trade.

The Financial Services Commission, Mauritius is the financial regulator of the non-bank financial services sector and global business in the country. It was established back in 2001. Since then, the FSC is operating under the Financial Services Act 2007 and the legislations of the Securities Act 2005, the Insurance Act 2005 and the Private Pension Schemes Act 2012.

The regulator is licensing, regulating, monitoring and supervising the conduct of business activities in these sectors. According to the information from its official website, the Financial Services Commission is aiming to: