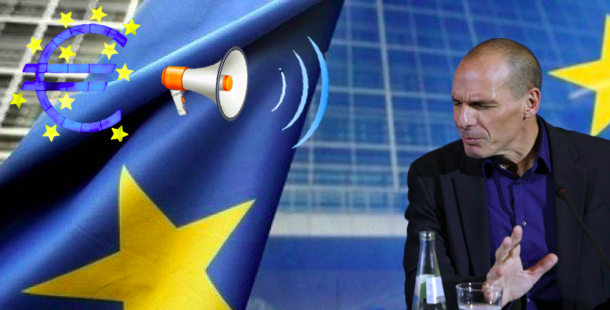 13 July, AtoZForex .com Lagos – Yanis Varoufakis, former Greek finance minister has disclosed issues concerning ongoing Greek debt negotiation. Basically, the former minister brings out to the open a dreadful blame on Germany. According to him, the main reason why there has been no negotiation process at all, deals with the assumption that a Grexit is on the German agenda. Stating that it has always been the plan all along for Greece to leave the euro.

On Thursday, the German magazine Die Zeit will put in print an article that will explain on the reasons why Greece’s negotiations were hopeless. As Varoufakis blames Grexit on German agenda, a teaser of the outline for the article on Sunday was released, with the following message through his blog: “Five months of intense negotiations between Greece and the Euro group never had a chance of success. Condemned to lead to impasse, their purpose was to pave the ground for what German finance Minister Dr Wolfgang Schäuble had decided was ‘optimal’ well before our government was even elected: That Greece should be eased out of the Eurozone in order to discipline member-states resisting his very specific plan for re-structuring the Eurozone.”

Yanis Varougfakis further added that “this is no theory”, because Schäuble confirmed to him that was the plan all along. In a recent statement, Yanis Varoufakis has expressed in the Guardian that: “There’s the rub. After the crisis of 2008/9, Europe didn’t know how to respond. Should it prepare the ground for at least one expulsion (that is, Grexit) to strengthen discipline? Or move to a federation? So far it has done neither, its existentialist angst forever rising. Schäuble is convinced that as things stand, he needs a Grexit to clear the air, one way or another. Suddenly, a permanently unsustainable Greek public debt, without which the risk of Grexit would fade, has acquired a new usefulness for Schauble.”

The former Finance Minister, Varoufakis seems convinced that this was the grand agenda for the impasse in negotiations, and has clearly stated that the German finance minister wants Greece to be pushed out of the single currency. In order to put “the fear of God into the French and have them accept his model of a disciplinarian Eurozone.” According to the former Finance Minister it’s simply a power tussle, as Grexit was Germany’s agenda. An ideology to make an example of Greece, so as to impose its vision of what the euro is on other members, especially the French.