The Dollar Yen resumed its upward move again after the corrective rally of the previous uptrend finding resistance at 112.500. At market close on Friday, its just about surpassed 115.000. Let’s take a look at the possible price movements from USDJPY technical analysis perspective ahead of the upcoming January BoJ meeting on Tuesday.

28 January, AtoZForex – The markets are not necessarily looking for new information ahead the BoJ meeting. Rather, if the bank assumes a posturing that states where its monetary policy will head for the rest of the year.

“Abe-nomics”, the economic policy currently institutionalized by prime minister Shinzo Abe, has failed to achieve its inflation expectations. This happened despite the yen seeing a near three year period of weakness which actually saw the Yen falling by as much as 50% against the USD.

The markets appear to be indicating that with over four years of the BOJ’s bond buying QE program what didn’t happen isn’t likely to happen now. This might technically leave most of the action on this pair to be coming from the flip side. Donald Trump’s policies and perceived policy posturing would likely become what would likely set the tone for the pairs direction. 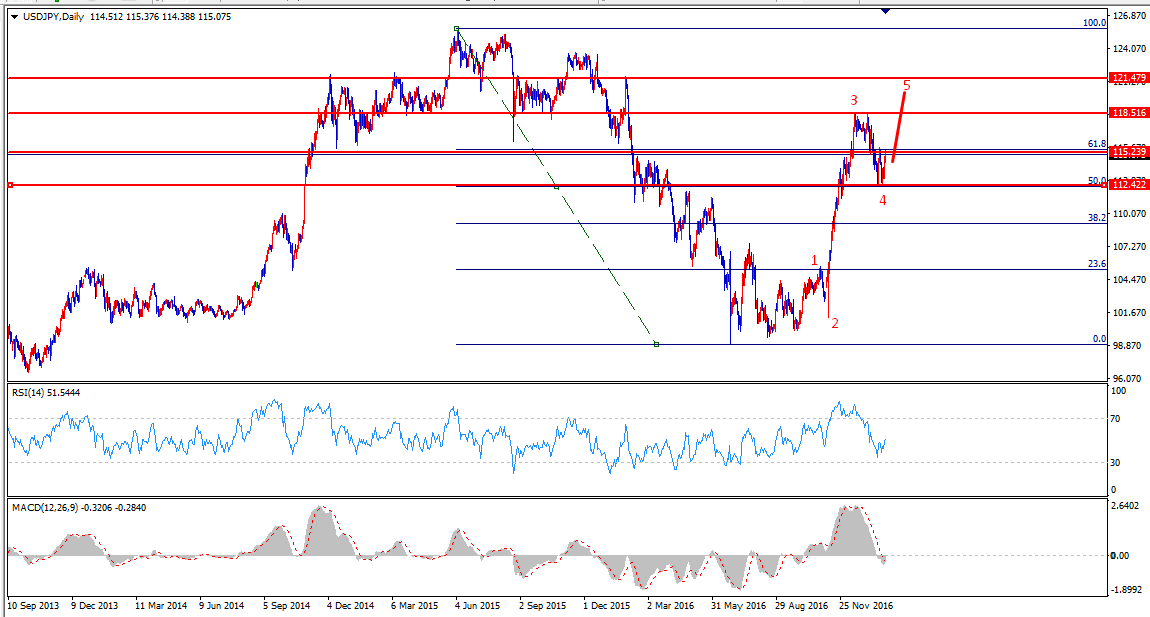 In our Multi time frame analysis we can identify that 112.422 has proven a key pivot level. On the daily chart price surged past the 50th level of the Fibonacci (plotted from the swing high 125.700 in August 2015 to the swing low 99.047), found resistance at 118.516, returned to to test the same, and has now bounced off on the upwards.

Following Elliot wave theory and setting up counts as shown on the charts. We can anticipate the move past 118.516 toward 120.000 as the 5th impulse leg on the wave starting from 99.989. 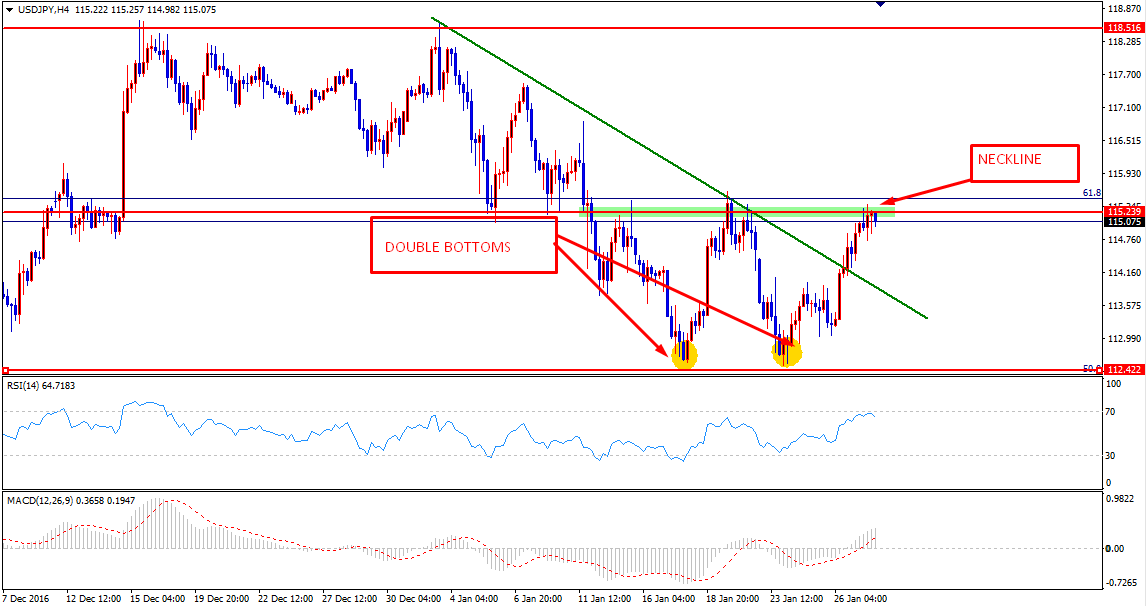 The 4h Chart confirms a bullish bias with a double bottom chart pattern formation, with a neckline at 115.239. When price dips and forms double bottoms as shown on the charts, subsequent upside price movement past the neckline usually leads to continued bullish price run.

Long positions are favored above the 61.8% level of the Fibonacci with targets at 121.479. This scenario is invalidated if bears subdue price below 122.422. 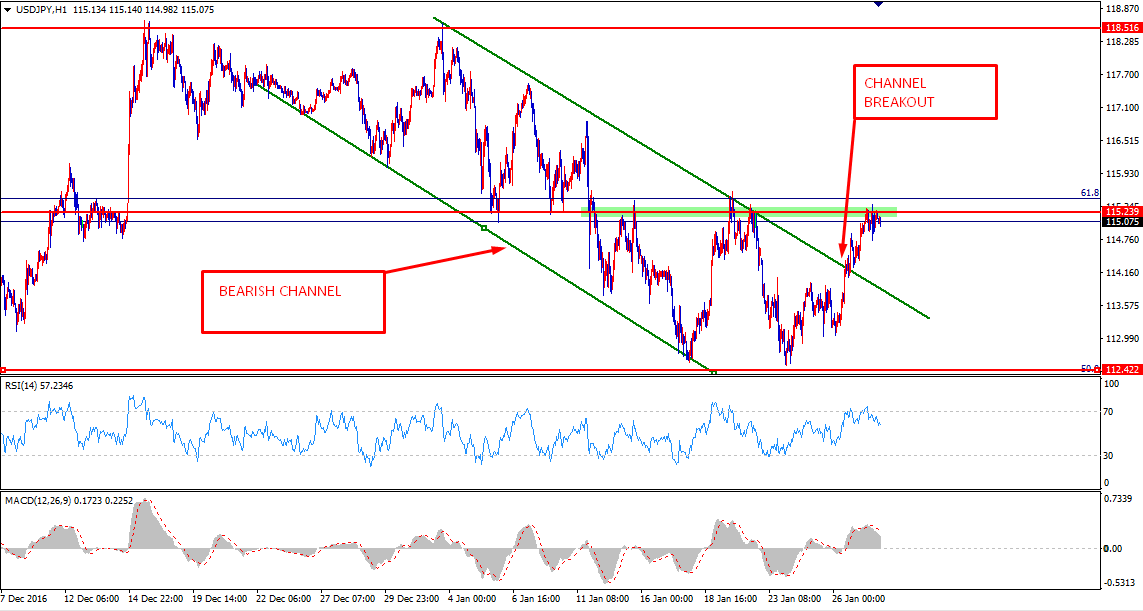 As seen on a drill down to the 1hr, the bearish channel formed on the near term correction broke out, further fueling our bullish bias on this USDJPY technical analysis as we head into the the January Bank of Japan meeting.

What is your USDJPY technical analysis for BoJ meeting? Share your view in the comments section below.