19 September, AtoZForex.com, Vilnius – Despite the BoJ attempts to suppress JPY with Abenomic interventions, Yen once more acted as a safe haven asset appreciating across the board as investors deserted their trust in the US Dollar following the Thursday’s FOMC meeting.

Looking at USDJPY technically, the pair continues to struggle at finding direction to trade. Following Thursday’s USD selloff across the board, Yen forced its way lower until reaching an upward slopping daily trend line.

At the point, position take profit occurred ahead of the weekend resulting in price close at an exact point where it opened. 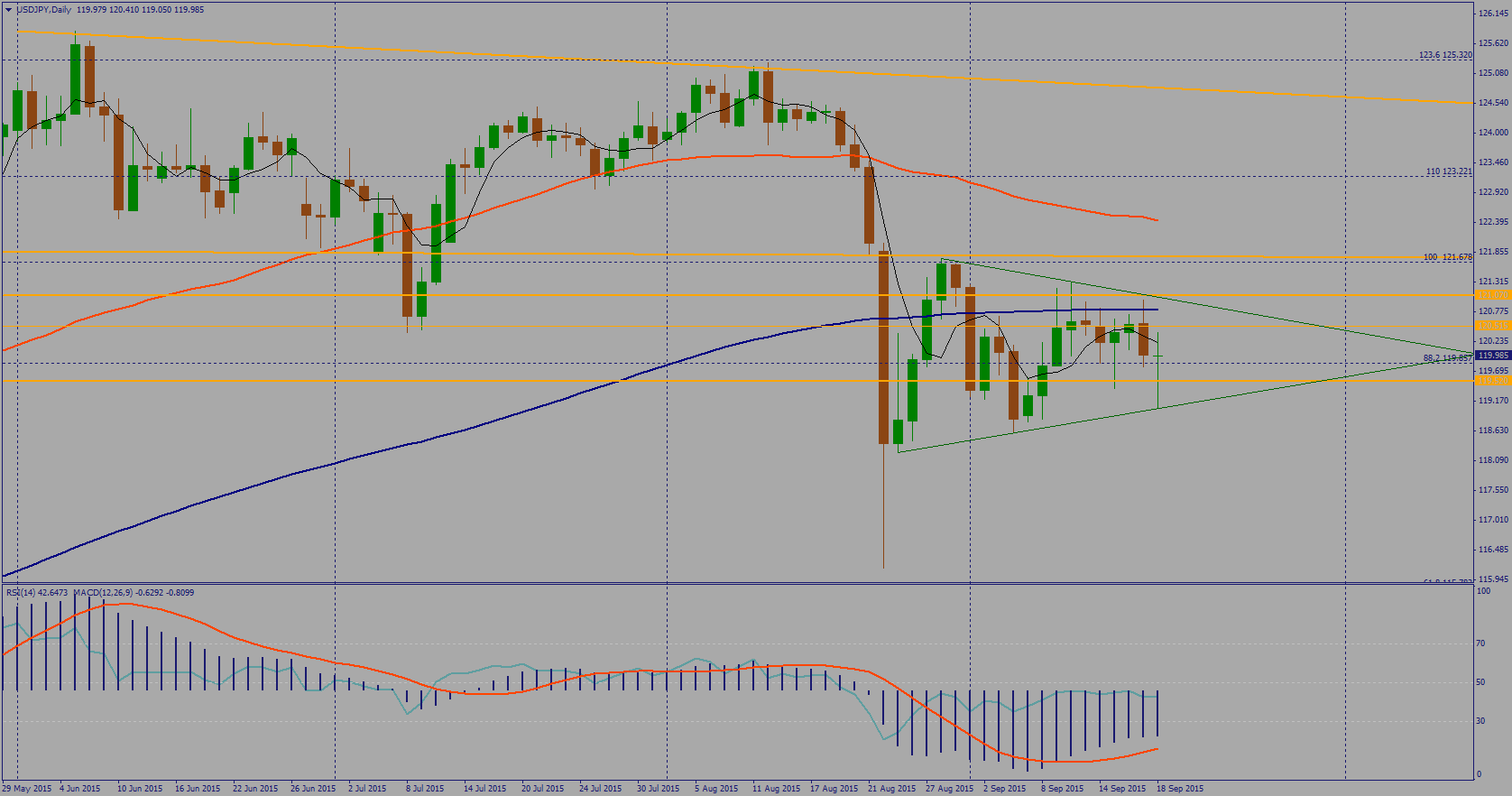 We could view the price movement since the end of August as a formation of a bearish pennant in a downtrend. Therefore, we could look for a preferable lower barrier breakdown and aim for a primary target at Fibonacci 61.8% retracement level at 116.

To support the view, although daily indicators send mixed signals, weekly MACD and RSI provide strong bearish background. Adding to the downward pressure are both 50 and 200 day SMAs, since the price fluctuated below the periodic averages.

The Fed did not only fail to raise interest rates, they have also provided a dovish statement, downgrading the economic growth and inflation projections. Should the investors finally realize and lose their faith in the USD, we would see inflows to safe haven assets across the globe.

Meanwhile, the BoJ is determined to keep YEN as cheap as possible. However, with Abenomics failing, we could expect the central bank to increase its monetary easing measures.

As we have currency inflows pulling from one side and the BoJ pushing from the other, fundamentally USDJPY is in no man’s land.

However, having persisting China’s slowdown, devalued Crude Oil, and increased USD selling interest, I would expect the global developments to surpass the BoJ resulting in USDJPY depreciation of at least 400 pips in a month’s time. The bullish rally would fall on Fibonacci 61.8% retracement zone at 116. The breakdown of the lower pennant’s trend line could be taken as a confirmation.