Here is FidelisCM‘s weekly update starting with the assessment of the US dollar, which has been the main loser in previous weeks. As we can see at the relative performance chart of major currency pairs against the greenback all the major on Friday close ended higher compared to previous Monday market open.

During the week the US dollar has been losing against all of the currency pairs as the updates on US economy were mainly below expectations. At the same time, dovish comments by William Dudley that financial conditions are tighter now compared to December when Fed raise rates, lowered expectations for any Fed rate hike soon. 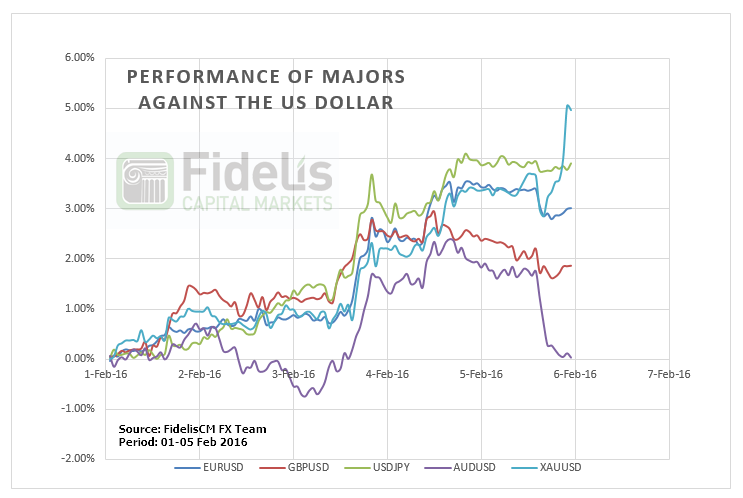 Performance of Majors against the US dollar (Click to zoom in)

On relative path of major currencies it’s obvious that gold outperforms on risk averse, thus outperforming the currencies. The XAUUSD closed on Friday at a fresh 3-month peak at 1174.04. On the other side the Aussie under-performed all of its counterparts.

The weaker-than-expected Non-Farm Payrolls added pressure on the Aussie as the risk appetite worsened, at the same time supported the Gold which is considered a safe asset. The risk averse is likely to persist and be a main driver of the FX market for the coming week as well. 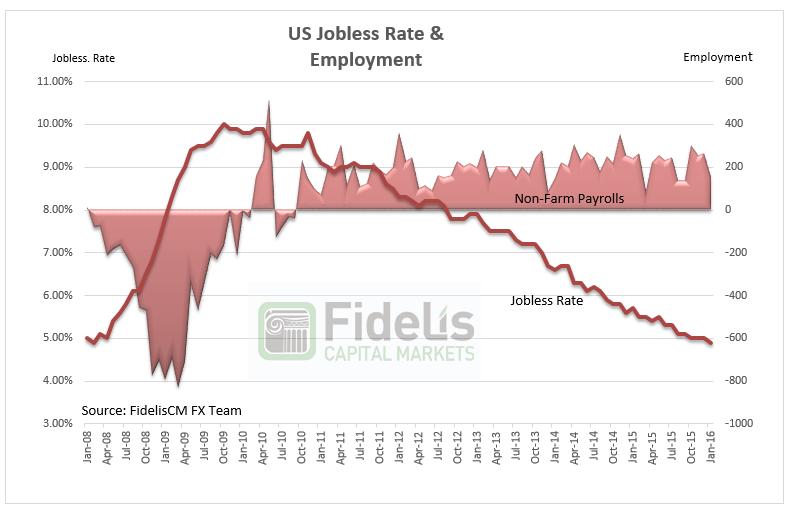 Despite the falling trend of the US unemployment rate, the labor sector in the US shows weakness as the NFP in January increased only by 151K with that being below expectations; December NFP was revised downward and Fed members make dovish comments. Thus, we would expect the US dollar to remain weak the coming week and at the same time watch for Janet Yellen speeches.

The latest CFTC data shows that the net USD long position has dropped for another week to a new low for data up to February second. The Euro net short position decreased substantially, and that weakened the bearish sentiment. The Japanese Yen net position remains bullish, nevertheless the weekly change was negative. Lastly, gold remains bullish and added to its aggregate long position.

For the coming week we expect the volume to be lower until Wednesday making the trading a bit choppy. For economic news, we will have to wait until Wednesday to get updates, starting with the UK Manufacturing production and Fed Chairwoman, Janet Yellen’s speech. At the end of the week we would get more updates on Fed monetary policy as well as on US Jobless Claims and Retail Sales. As gold outperforms on Risk Averse, we would expect that gold and Yen will keep their bullish stance against the US dollar. Considering that risk averse could drive the Forex market for another week. The AUDUSD is likely to be vulnerable to sells with the AUDJPY looking good to bears.