FidelisCM has provided its analysis and outlook ahead today’s FOMC release. The previous week the USD was weaker against the most of its major counterparties. That can be seen at the 7-11 March major currencies performance.

Only the Gold ended in negative territory losing by 1.13%. The Euro ended up by 1.95%, after Draghi’s comment that further easing is unlikely. 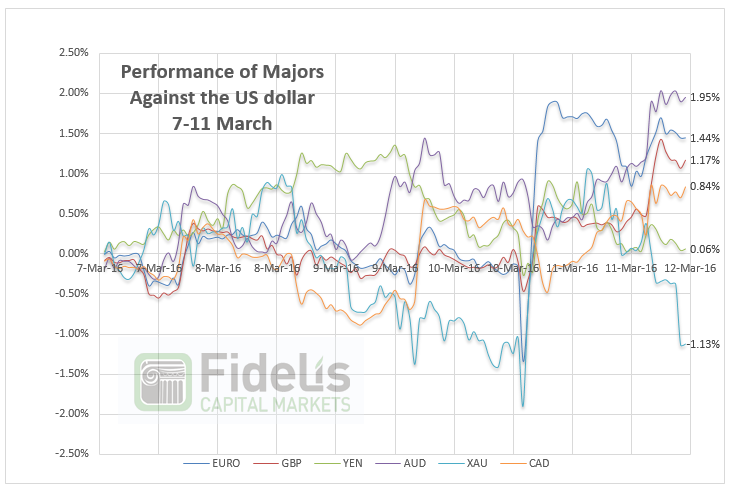 Now looking how this week is developing, the Yen is biggest winner until now amid risk averse moderation after Bank of Japan staying pat in monetary decision and commenting that could take further easing steps, all that ahead of FOMC. The Euro clawed back previous week 1.95% gains and is now down by 1.24%. We also see some bearish technical formation in the EURUSD chart, thus bears could strengthen further. The biggest loser of the week is the GBP, losing 1.55% and competing in negative performance with the XAU which is down by 1.36%. As of typing the GBP was even lower. 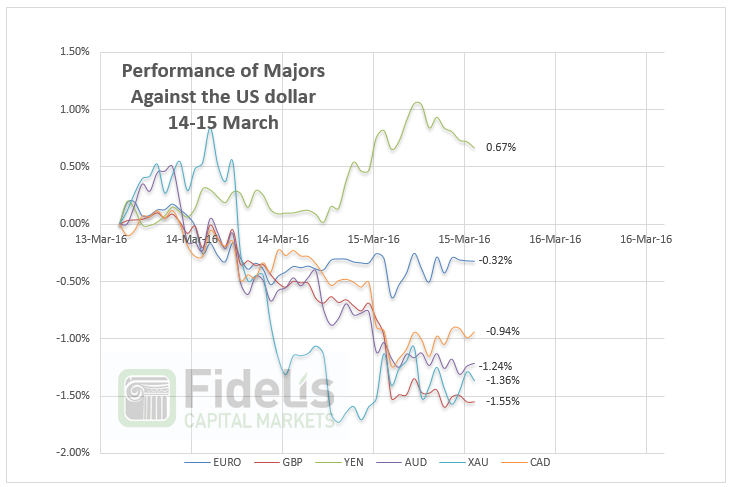 Today the calendar is full of release with FOMC in focus, initially Employment report for UK, then US CPI data and ultimately the FOMC release including rates, statement and economic projections. The Fed is widely expected to hold monetary policy unchanged, we are focusing on Janet Yellen press conference and economic projections. As we can see at the chart presenting the previous three interest rate expectations by members of FOMC. In the December rate projections 100% of the members are projecting next rate increase in 2016. In addition to that we can see the historic path of the Federal Reserve rate since 1960 to 2016. The first rate hike since December 2008 took place in December 2015 and was hiked by 0.25%. 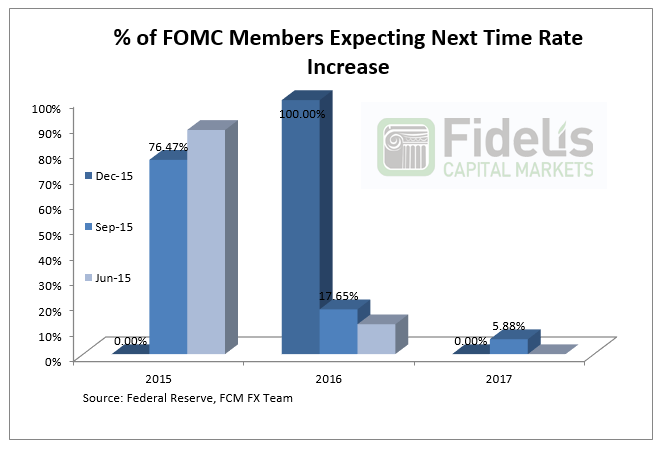 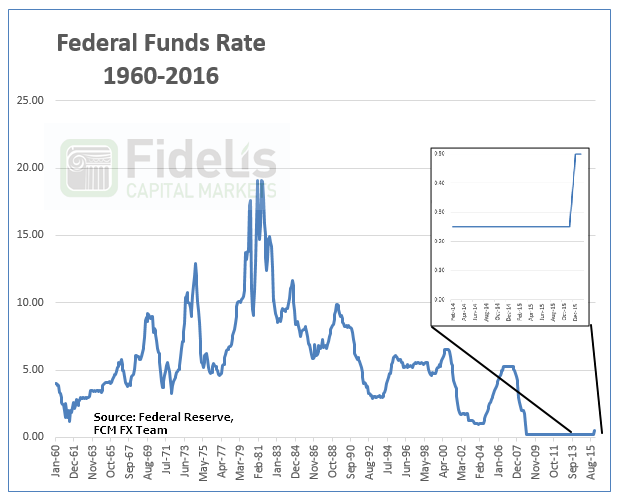 The latest CFTC data show that the net USD long position narrowed for another week, falling to aggregate net long $8.6 billion, down by $0.69 billion. Please note that the latest CFTC report do not include the ECB data. The US dollar bullish bias continues to moderate for data up to March 11th mainly due to commodity currencies and the Gold strengthening. The Euro aggregate net short position was mostly steady and the Japanese Yen net position remains bullish with the weekly change being slightly positive.

In Europe, the EURUSD is testing support 1.1074 with bearish bias prevailing and the GBPUSD almost touched a two week low at 1.4082. Concerning commodity currencies, the USDCAD bounced up to resistance at 1.3402 and the AUDUSD dipped to support at 0.7437. In general we see the USD keep getting stronger this week excluding trading against the Yen.