Why did USD depreciate following Trump news Conference? While traders had high expectations for this event, Donald Trump did not disclose any details.

12 January, AtoZForex – The US dollar has lost its positions against its major rivals. The greenback has lost some ground to the Australian dollar, Japanese Yen and the Euro in the wake of Donald Trump first post-election conference yesterday.

The President-elect spoke very broadly, while not disclosing any details on his promised policies. Thus, the markets were disappointed, as traders were expecting the specifics of Trump’s tax cuts and government spending increase. Anticipations of those policies have been fueling the US dollar since the Election Day.

The lack of specificity has weighed on USD, therefore limiting its rally. The Japanese Yen advanced 0.9% on Thursday, where the US Dollar was changing hands at 114.38 Yen in Tokyo. 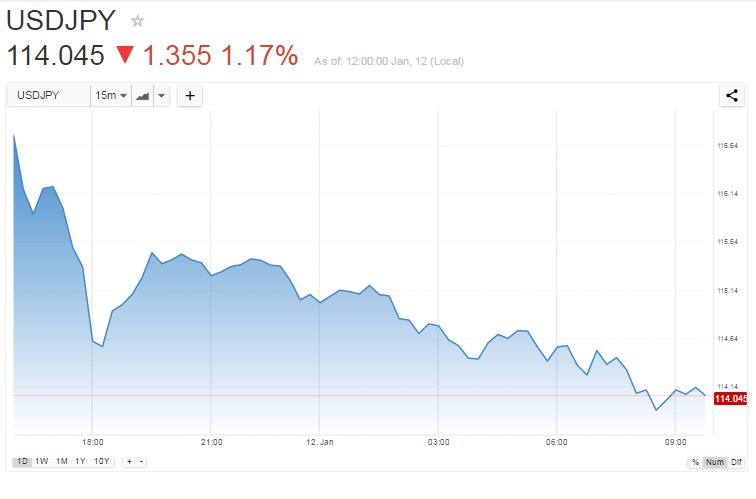 The Australian dollar gained 0.3% Thursday, where the currency has advanced 1.6% since yesterday’s Trump’s conference. The EUR was trading at $1.0602, 0.4% higher from its last session. The greenback has also depreciated versus other Asian currencies, although the shifts were not large. The investors tried to guess how a more cautious outlook for the US economy can influence emerging markets. Chinese Yuan gained 0.1% against the US dollar.

Donald Trump’s remarks did not cover a number of issues, according to Westpac Banking Corporation analysts. They have stated:

“The news conference was a far cry from the market-friendly, pro-growth comments that Trump delivered his acceptance speech on Nov. 9.”

Moreover, Takuya Kanda, the senior researcher at the Gaitame.com Research Institute, believes that USD Trump rally is “over for now.” He further stated that he expects the downside risks for the greenback ahead of Trump’s inauguration on the 20th of January. Mr. Kanda stated that USD selling is more likely to happen next week. He states that the investors, who bought USD ahead of the news conference, learned their lesson.

Markets expect Mr. Trump’s inauguration speech to have more significant impact on the markets. Moreover, more details about his agenda are anticipated.