Tether or USDT which is supposed to remain hitched to the USD. That’s its whole purpose as a token. The coin exists on the exchanges as a way for traders to switch to USDT safely after cryptocurrency trading. But, USDT is losing the hope among traders as it is becoming less stable day by day.

Tether had fallen as low as $0.85 on the Kraken exchange. The most popular stablecoin seems to have made its full recovery to ~$1 mark. Although the market circulation of the coin has fallen substantially mostly because of losing market share to the newer stablecoins. 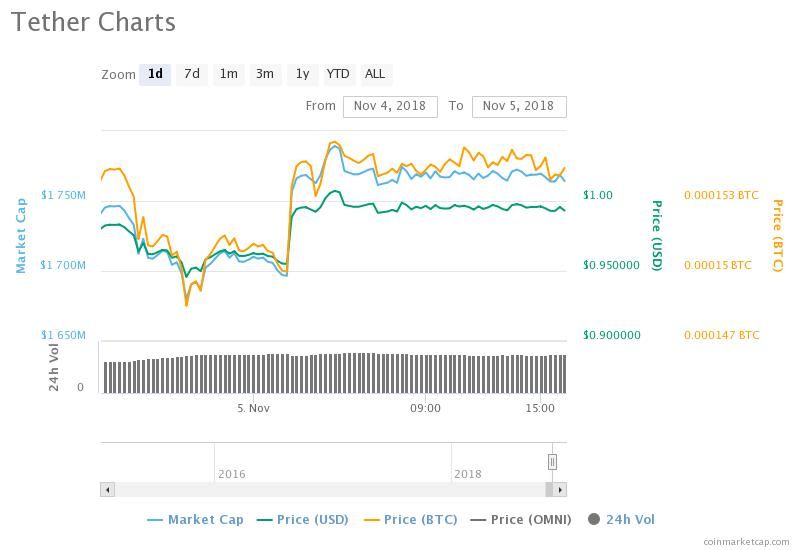 At present, it is used on nearly every major crypto exchange, but you can only withdraw US dollars at the full $1.00 value because of having USDT on Bitfinex. On other exchanges, one can receive a dollar’s worth of a crypto that is paired with USD and thus cashout to USD at a predictable rate.

Is USDT no Longer the Only Stablecoin?

Tether has once again dropped itself from the 1:1 USD ratio it promises investors. The current price as shown below is its lowest point since the middle of October when it dipped all the way to 93 cents. A few factors go into a stablecoin actually “destabilizing,” and in the case of the tether, it’s reasonable to say there are positive and negative factors which should be moving in both directions.

In the case of Coinbase, Circle and Gemini exchanges no longer have the incentive to list USDT to the platform. In the case of Paxos Standard, a legitimate competitor with a superior regulatory profile emerges.

The only thing that can dip the price of the coin is sell-offs and decreased demand. While its price has dropped more than 5 cents off the target of $1.00, volume steadily increased over the 24 hour period, indicating the theory is likely correct. The traders are liquidating USDT beyond the ability of exchanges to compensate at the desired rate, thus decoupling the bitcoin value of the token from its target.