But the bearish case laid out by a handful of analysts suggest the S&P 500 could end 2017 down as much as 10%, which adds up to a “correction.” Or perhaps drop as much as 30%, which would put it well into bear-market territory, defined as a 20%-plus drop. 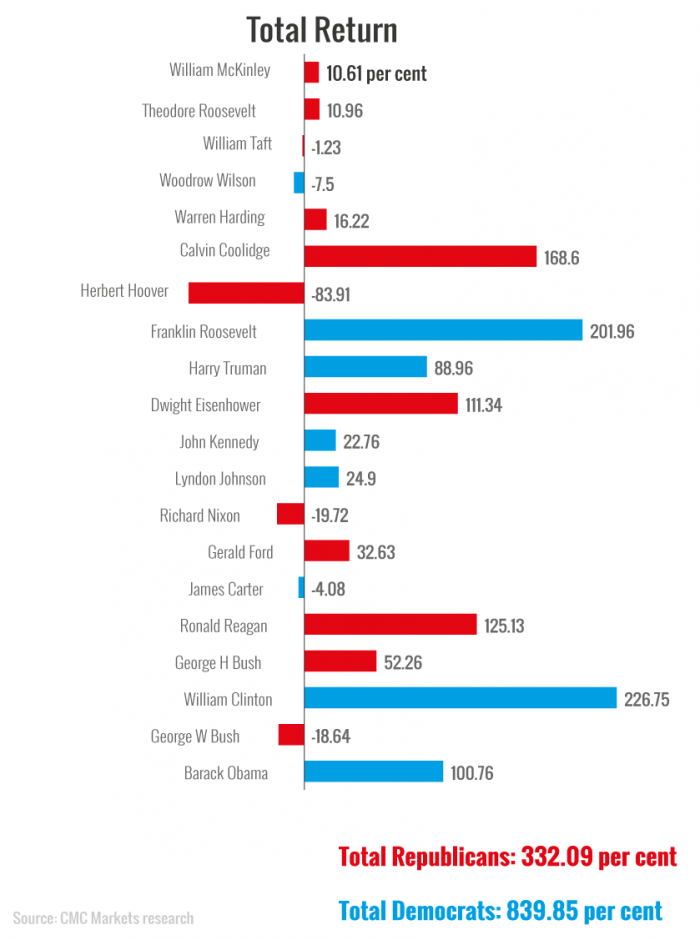 I see two critical factors converging, which could send the U.S. stock markets rising by double digits in 2017. First, the fog of the earnings recession in the S&P 500 has raised. This was always somewhat of a red herring, with the energy sector bearing the effect of the weak headline numbers. The current prediction of 11.5% earnings growth and 5.9% revenue growth for the S&P 500 are the best since 2013. The Dow Jones had even better with earnings expected to rise 14%. Second, U.S stocks have a strong recent history of beating in the first year of elections. Since the year 2000, stocks have had three 20% plus years- 2003, 2009, and 2013.

Why the bulls could be wrong?

First, the U.S. stock market is overbought. Long-term measures of stock market valuation like Cyclically Adjusted Price Earnings (CAPE) puts the S&P 500 is a ratio of 28.1. That is 68.3% higher than the historical mean of 16.7.

Open Account Review
Everyone is reading
Daily Forex Option Expiries
Ripple Price Rallies to Highest Since 2018 — Here is Why?
Why is Gold Not Surging?