May 27, 2019, | SQUARED DIRECT – The US is preparing for a potential Iranian attack by reinforcing troops in the middle-east region. While US officials stated that reinforcement with 1500 extra troops, warplanes, drones, and other ordinance is for deterrence purposes, the US wants to send a message that any attack on a US target by Iran or its proxies will be responded to with a devastating military confrontation.  The US aircraft carrier with bomber planes is already in the area.

The conflict between Iran and the US either directly or by ‘accident’ is closer to happening today with Mr. Trump’s administration than with any past administration. The situation in the middle east is now even more volatile than before.

US sanctions impact the Iranian economy 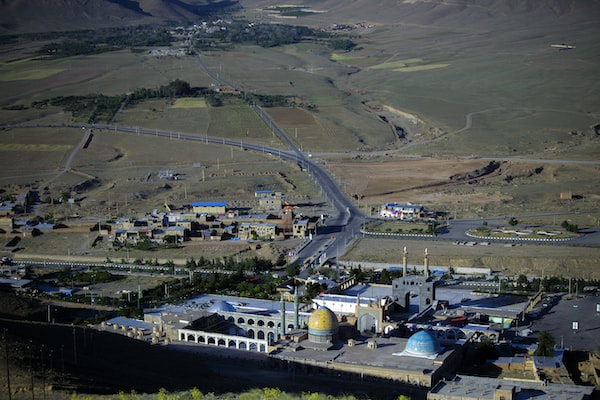 The Iranian economy has been seriously hurt by the re-imposition of US sanctions after Trump abandoned the Nuclear Deal last year. The value of Iran’s currency has dropped to record lows ever since. The Rial has lost 60% of its value against the US dollar and has led to shortages of imported goods and products.  Economic growth has been stumped for years, with a short respite during the Nuclear Deal, and the country’s GDP had contracted by 3.9% according to the IMF.

Additionally, the US has ended exemptions from sanctions for the 8 countries that do business and purchase oil from Iran – China, India, Japan, South Korea, Taiwan, Turkey, Greece and Italy – with the intention of paralyzing the main source of revenue for the country’s economy. Ending exemptions has the IMF predicting a further shrinkage of 6% in 2019.  Iranian oil exports are less than half of what they used to be. In the beginning of 2018 Iran exported 3.8 million barrels of oil per day but in March 2019 oil exports have fallen to an average of just 1.1 million barrels per day.

The Iranian Nuclear Deal was drafted and signed in 2015 by the US, France, Germany, the UK, Russia and China and its purpose was to limit Iran’s nuclear ambitions and avert any possibility that Iran would enrich uranium to develop nuclear weapons. Under the deal, Iran is not allowed to stockpile enriched uranium and is required to export the excess.

With the US withdrawing and the rest unable to enforce it, Iran has now threatened that it would breach the deal and resume production of highly-enriched uranium which it would keep and not export. Iran’s president has stated that they don’t want to leave the agreement but also threatened with a “very decisive reaction” to the six-nation signatories of the deal if the matter was escalated to the UN Security Council. Russia and the European signatories of the deal are pressing for it to be upheld despite US withdrawal, but it is extremely difficult for them to do anything to defuse the situation between Iran and the US.

Regarding the recent attacks on oil tankers in the Gulf of Oman and on two pumping stations in Saudi Arabia by Houthi rebels, which are proxies of Iran in Yemen, the UAE stated that Iran was behind them, but Iran denies it.  However, US Rear Admiral Michael Gilday claimed that the use of limpet mines is characteristic of the Iranian Revolutionary Guard, Iran’s most elite military troop, linking them directly to the attack.

What really is the problem between Iran and the US?

The US has recently designated the Iranian Revolutionary Guard as a terrorist organization to further sanction Iran. However, is it really an increased Iranian threat that upsets the US or is there something else going on behind the curtains?

The Iranian version of the story sees the current US administration with John Bolton and Mike Pompeo as trying to overthrow the Iranian regime with various machinations and by trying to provoke Iran for a response, so they can attack it militarily and topple the ayatollah. John Bolton has called for bombing Iran on more than one occasion.

Whatever the case might be these tensions could eventually lead to even greater conflict in the middle east region despite the adamant assertions of the US administration that it does not seek war but is sending troops and ordinance to deter Iran from attacking them and their allies. With Iran not backing down because it feels that it had enough and the US mounting even more pressure, the danger of all-out war is just around the corner.