20 January, AtoZForex.com, Lagos – US inflation unexpectedly dipped in December. The consumer price index showed a -0.1% change in the price of goods and services purchased by consumers. While the core CPI also came weaker than expected at 0.1%. The weakness can be attributed to the fall in the cost of energy goods and while services rose only moderately, putting the inflation level further away from the Federal Reserve’s 2% target.

The disappointing monthly inflation reading, alongside further declines in oil prices suggests it could be harder for inflation to rise toward the central bank’s target this year. However, the report from the bureau of labor statistics showed over the last 12 months, the all items index increased 0.7 percent before seasonal adjustment. But the indexes for energy and food both declined for the second month in a row, leading to the decline in the seasonally adjusted all items index.

Released at the same time with the US CPI data is the Canada Manufacturing sales. It increased 1.0% to $50.8 billion in November, led by higher motor vehicle sales in Ontario, according to official monthly survey report. These gains were partially offset by declines in sales of other transportation equipment, primary metals and petroleum and coal products. 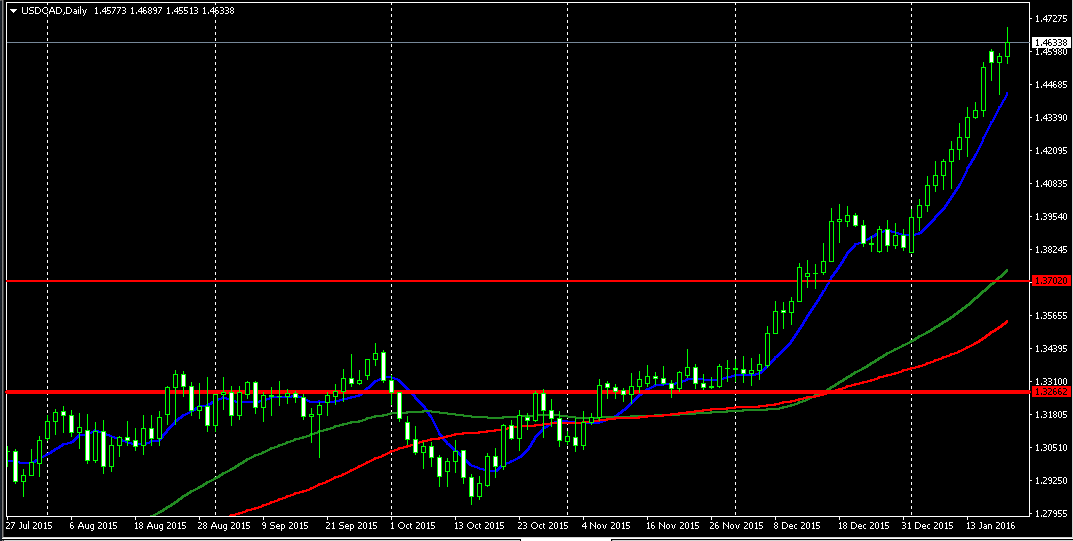 Interestingly, the pair has not reacted much to the news from both sides. The US inflation disappointed, while Canada’s manufacturing came positive. But this has not led to any significant change in the pair. However, the impending rate decision to come in about an hour is bound to push this pair. The Bank of Canada is widely expected to cut interest rate to 0.25% from 0.5%. Consequently, the Canadian dollar is likely to weaken further if this happens, which will serve as a continuation to the strong USDCAD trend.