US dollar recovers, gaining across the board on Thursday after 10-year UST yields moved back above 2.4%, even though the US GDP reading didn’t excite investors. But will it hold on its gains?

March 26, ADS Securities – The PCE inflation report is due today and another piece of softer data is expected. The Pound dropped to 1.3050 as Theresa May is rumoured to make a third attempt to get her deal through the Commons today but the odds still look against her.

Global stocks were mixed, with the US closing with small gains while Europe was marginally in the red. Gold sold off aggressively to trade as low as $1,290 while Oil shrug off Trump’s demands for lower prices.

US dollar recovers – Will it hold on its gains?

The lack of clarity in investors’ sentiment is the key theme for the markets at the end of the week, which coincides with the last days of the first quarter for 2019. The Dollar saw strong gains yesterday supported by the recovering Treasury yields that moved to 2.4% again but have things really improved that much to allow for more optimism over the US’ and global outlook?

Yesterday, the GDP reading from the States missed its mark and printed lower and today the PCE inflation figures are predicted to come in softer as well. So what is fueling this change in direction for the Dollar and is it expected to last?

US fundamentals haven’t improved, the Fed policy is now clearly tilting to the dovish side and trade talks can be thought as positive. So the only real reason why the Dollar outperforms the other majors is that worries over a global slowdown don’t allow the higher beta currencies to benefit from the weakening US domestic figures. Would this mean that the US currency will gain more?

We don’t think so, we regard this recovery as transient and we expect Treasury yields to continue pushing lower in the medium term, which will be a headwind for the US currency. In the short term, today’s PCE inflation report will be another risk for the greenback: a potentially lower reading will act as a confirmation of anemic consumption domestically and won’t bode well for the Dollar. Dollar/Yen has reached 111 and this may be a stellar opportunity for the sellers to re-establish their medium-term shorts. 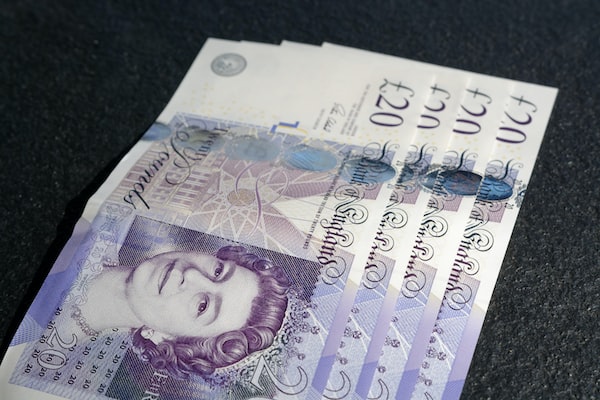 Sterling dropped to 1.3050 yesterday as the Parliamentary votes for “alternative options” resulted in nothing earlier in the week and Theresa May is now expected to push for a third vote on her Brexit plan. The British currency is under pressure as investors see little to no changes in favor of May’s plan and want to protect their portfolios against another rejection of her proposal today.

Such a scenario would either mean a “no deal” exit from the EU, which would be close to a catastrophe for the UK economy, or a long extension to the Brexit process, potentially including elections and/or a second referendum. In any case, a loss for PM May today will likely push the Pound further lower towards the 1.30 and 1.2950 marks.

Gold broke an ascending trendline that supported its gains since the beginning of the month and dropped to $1,290 yesterday. This was quite a change in direction for the yellow metal that had been benefiting from Dollar’s decline over the past few weeks.

Prices are now en-route to the $1,280 support area, where the previous rally kicked off and the price action will be dictated by Dollar’s direction. If we’re correct and the Dollar sees fresh weakness going forward, then this area may be a good place for new longs to be established from a medium-term investment perspective.

Oil moved to the downside following another quote from US President Trump calling OPEC to reduce prices. However, after testing the $58.50 support, prices recovered swiftly towards $59.50, indicating that the demand is there and that investors are more prone to buy Oil contracts given OPEC’s commitment to reduced production output.

Stocks ended the day mixed but this morning the bullish bias among traders is again pushing prices higher. The Asian markets are trading with strong gains and the futures in Europe and Asia point towards a positive opening bell. We’ve discussed how the softer monetary policies from the major central banks create favorable conditions for equity traders to look for opportunities and investors are again joining the fray ahead a series of eagerly awaited IPOs in the US. LYFT kicks off an exciting season of new listings as the ride-hailing company plans to raise more than $2 billion today.

This article was provided by ADS Securities analysts.

All opinions, news, analysis, prices or other information contained in this communication are provided as general market commentary. It does not constitute investment advice. Nor a solicitation or recommendation for you to buy or sell any over-the-counter product or another financial instrument.