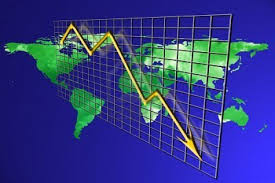 AtoZForex.com Lagos- UK’s Second Estimate GDP q/q disappointed, coming at its lowest since May 2013, joining the likes of the US to record weaker growth in the first quarter of the year. GDP rose 0.3% in Q1, falling slightly below broad forecasts of a 0.4% increase. This marks a run of nine straight quarters of economic expansion, the longest ride since the post recession period, thanks to Consumer spending and business investment. The pound fell after the figures were published and was about down 0.5% at $1.5285 as of 12:39 p.m. London time. The 10-year gilt yield also dropped by 5 bp to 1.84 percent.

Day two of the G7 meeting and Greece remains the highlight. The International Monetary Fund (IMF) chief, Christine Lagarde said in a German television interview that theres still a lot of work to be done before Greece and its international lenders could clinch a cash-for-reforms deal. “We are all in the process of working towards a solution for Greece and I would not say that we already have reached substantial results. Things have moved, but there is still a lot of work to do,” she noted, adding that she believed Greece would fulfil its commitments. Hence, the negotiations continue as a default now seems more impending than ever.

Australia’s Private Capital Expenditure q/q came very disappointing. It hasn’t been this bad since February 2014. The release showed change in the total inflation-adjusted value of new capital expenditures made by private businesses at -4.4%. The expected capital expenditure recorded a drop of $34 billion, or 24.7%. This puts to rest signs that the economy is rebalancing. This may therefore prompt further rate cuts by the RBA. The AUD plunged about 40 pips against the dollar in the first minute of the release. 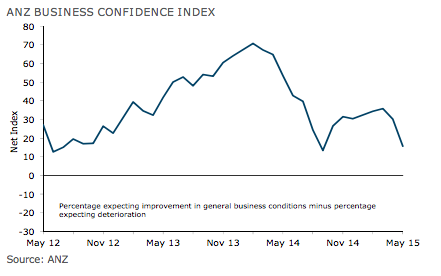 New Zealand’s business confidence receded to a six month low as outlook on employment, investment and business activities calm. Inflation expectations fell to a historical low. The current low inflation rate has a part to play, but it’s notable that inflation expectations are tracking below the inflation target midpoint; which is unusual. According to the ANZ business report, diagnostics about the economy remain healthy; most Business Outlook survey indicators still sit north of historical averages. But the economic pulse is not beating quite as strongly. The NZD fell about 30 pips in the minute after the release.

Later today we have the US and Canada GDP.

Canada GDP m/m and US Prelim GDP q/q are both due at 12:30 p.m GMT. The US Prelim GDP q/q is forecast to come at -0.8%, potentially the lowest level since May 2014. Such a result will weight on the USD and may mark a stall of the currency’s recent renewed strength.