May 6, 2020 | AtoZ Markets – The Ukrainian Ministry of Energy is facing a surplus in energy produced by the nation’s nuclear power plants as a result of the country’s lockdown. In order to combat this, the bureau is looking to utilize the excess energy on cryptocurrency mining.

The Ukrainian Ministry of Energy and Environmental Protection recently published a press release outlining the possibility of adopting cryptocurrency mining soon. Interestingly, the document informed that the large Eastern European country wants to employ excess nuclear power to do so.

Primarily because of the COVID-19 pandemic, Ukraine has a significant surplus of electricity. Thus, the Ministry is looking into new approaches into utilizing it, as the press service indicated:

“We can really transform the “passive” into an active. With a surplus of nuclear generation, one of the modern tools for using excess electricity is to direct it to cryptocurrency mining. This not only allows to maintain the guaranteed load on the NPP but also will make it possible for companies to raise additional funds.”

Previously, the nation’s Ministry of Digital Transformation said that it has no plans to introduce specific regulations on cryptocurrency mining as the self-governed blockchain consensus is sufficient:

“We remain loyal to mining activities that form part of open, decentralized networks. Mining does not require regulatory activity from governmental oversight bodies or other third-party regulators; this activity is regulated by the protocol itself and the network members.”

Meanwhile, Microsoft has gone even further and submitted a patent for a mining technology that involves human brain waves, thus allowing it to take energy for mining from ordinary physical activity.

Generally, the plan on making money out of the energy surplus through cryptocurrency mining seems not so bad. However, such a strategy might seem frankly weird, considering the fact that Ukraine still buys energy from neighboring countries. At some point, it might be prudent indeed to use the surplus for making the country’s energy industry more independent from the import market instead of forwarding it to the industry with quite unstable profits.

Will using nuclear power to mine cryptocurrency be a potentially profitable operation Ukraine? Share your thoughts in the comments below.

Tags COVID-19 Cryptocurrency mining Energoatom Ukraine
Disclaimer: The views and opinions expressed in this article are solely those of the author and do not reflect the official policy or position of AtoZ Markets.com, nor should they be attributed to AtoZMarkets. 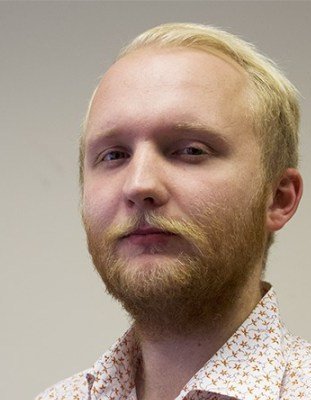