13th September, AtoZForex – Ahead the UK data release, the market expected a positive inflationary data. Hence, traders were carefully watching if anything above that forecast will indicate further bullish direction for the Pound. Despite the pressure from the weak GBP, the UK CPI remained unchanged at 0.6%.

– The consumer prices inflation came in at 0.6% in August, matching July’s reading.

– A weaker UK’s consumer price index y/y reading, as the forecast was at a 0.7% change, a rise of 0.1% from the previous release. 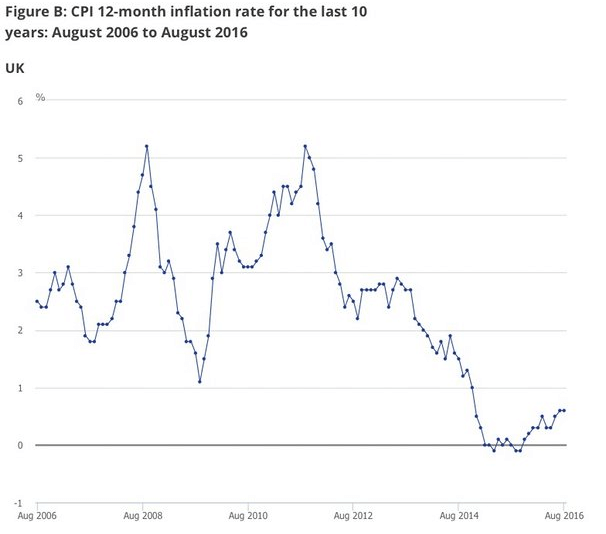 It can be seen from the data that the UK firms managed to absorb the impact of a weaker Sterling, instead of passing it through onto the consumers. The head of inflation at ONS, Mike Prestwood commented that:

“Fuel costs falling more slowly than a year ago as well as rising food prices and air fares all pushed up CPI in August, but these were offset by hotels, wine and clothing leaving the headline rate of inflation unchanged. Raw material costs have risen for the second month running, partly due to the falling value of the pound, though there is little sign of this feeding through to consumer prices yet.”

On the drop the release, GBP has dipped below $1.33 and hit today’s low against EUR. Considering that traders reacted to the weaker than expected reading. Aside the drop of the pound, FTSE 100 also fell below 6,700.