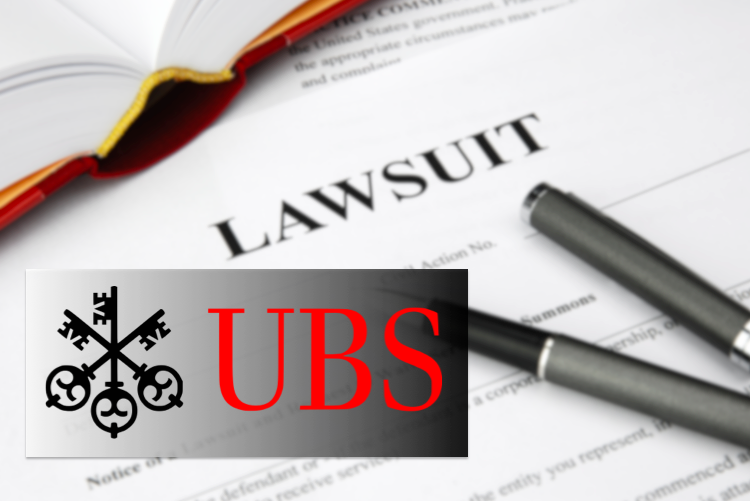 The world wide probe into FX rate manipulations lead to enormous fines levied on some of the world’s biggest banks, one of which is the Swiss giant UBS AG. The bank has made negative headlines again in the forex market as it is being accused of selling a trading system called “V10 enhanced FX carry strategy” which has caused huge losses to a client, Walter Michaelson. This has lead to UBS facing new lawsuit.

Walter Michaelson, a citizen of the United States claims the V10 enhanced FX carry strategy was pitched to him, though he did not ask for it. He described the system as a complex financial product. To make it worse, the workings of this system were not correctly explained to him and eventually lead to losses of over $100,000. This is the basis for Michaelson’s lawsuit against Switzerland’s largest bank. This system is claimed to have been sold to other businesses, retail investors and fund managers as well.

The US department of Justice has opened up an investigation in a bid to clarify if investors like Mr. Michaelson where purposely overcharged by UBS traders for carrying out the necessary trades for proper execution of the strategy.

In accordance, Bloomberg described the product as follow; “having been pitched as a high-yielding foreign-exchange investment that used computer algorithms to minimize the risk of losses in periods of volatility”.

UBS has addressed the issue in a statement to Bloomberg, stating that the bank plans to defend itself “vigorously” against Mr. Michaelson’s claims. In response a spokesman of the Zurich-based UBS declined to comment about the Justice Department investigation.