13 May 2019, Swissquote – In its IPO day on Wall Street last Friday, shares of Uber plunged more than 7%, closing below $42 per share with a market cap of $69.7 billion. Shares of competitor Lyft also dropped more than 7%.

Uber downtrend below the $45 IPO price

Uber Technologies Inc. skidded into the public markets Friday, falling 7% below the ride-hailing giant’s already conservative offering price in a bleak debut for the nation’s most valuable startup. The company’s shares closed their first day of trading at $41.57, a rare initial drop for a high-profile stock. That gives Uber a valuation of roughly $76 billion. Only eight of the 53 U.S.-listed companies that were worth at least $10 billion when they went public declined on their first day, according to Dealogic, whose data goes back to 1991. The drop is a blemish for the San Francisco-based company, which staged one of the most anticipated IPOs ever.

It took a conservative approach to price the IPO to entice buyers: After dialing back valuation expectations, Uber priced near the low end of its target range. But the strategy wasn’t conservative enough. After a celebratory bell-ringing ceremony at the New York Stock Exchange, the trading floor got quiet and the mood soured as orders came in and it became clear the stock would open in the red. About 10 minutes before noon, more than 30 million shares changed hands at $42, kicking off trading below the $45 IPO price.

The market Uber launched itself into also weighed on investors’ appetites. Broad stock markets have slid this week as fears about trade between the U.S. and China are rising. Stocks sold off heavily Friday morning before bouncing back, and the S&P 500 fell 2.2% for the week. Uber’schief rival, Lyft Inc., has also been punished since going public in March.

The SMI closed up just 0.5 percent on 9,473 points Friday, after having earlier hit 9,545 points, following Wall Street down after US President Donald Trump announced he was in no rush to conclude the US-China trade talks, while the increased US tariffs on Chinese imports had already come into effect Friday. However, analysts noted the new tariffs would not hit for two weeks, as goods already in transit would not be affected, so there was still time to avert their de facto implementation.

Construction group Lafargeholcim surged 2.8 points on news it was selling its business in the Philippines and thus withdrawing completely from Southeast Asia with the aim of reducing its debt. Analysts welcomed the news and expect further divestments. ABB rose 1.1 points after gaining a new major contract. Givaudan slumped 0.8 points after an analyst downgrade. Among second-tier stocks, biotech company Polyphor plummeted 48.5 points on announcing the interruption of a Phase III study after a setback.

The Stoxx Europe 600 edged up 0.3%, stabilizing following its largest one-day drop of the year on Thursday. The U.K.’s FTSE 100 fell 0.06% on the day, pulling it down 2.4% for the week. That was its largest weekly drop of 2019. Germany’s DAX also recorded its largest weekly drop of the year, falling 2.84%, despite rising 0.7% on the day. Shares of Germany’s Thyssenkrupp AG surged 28% Friday after the steel group said it was dropping a plan to split into two companies and would instead pursue an initial public offering of its elevator unit.

The company also said it would restructure the remaining businesses in a bid to improve profits. The surprise U-turn is the latest example of a large, aging conglomerate being forced to reinvent itself. The company, with roots in industrial-revolution Germany, has been under pressure from shareholders to simplify and reorganize its businesses many regards as inefficient, unfocused, and costly. 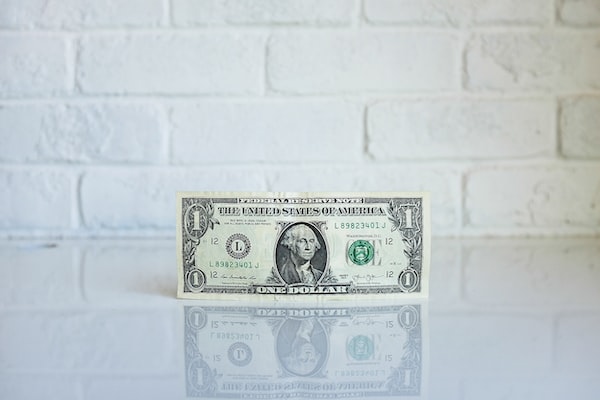 U.S. stocks staged a broad afternoon rally to gain ground, but the S&P 500 still logged its largest weekly drop of 2019 following a volatile stretch dominated by U.S.-China trade policy updates. Stocks slid to start the day, sending the Dow Jones Industrial Average down nearly 360 points, before rebounding in the afternoon.

The rally came after Treasury Secretary Steven Mnuchin told CNBC the most recent trade talks were “constructive” and President Trump tweeted that tariffs “may or may not be removed” depending on future negotiations. The S&P 500 closed up 10.68 points, or 0.4%, at 2881.40, snapping a four-session losing streak. The broad equity gauge ended the week down 2.2% for the week, its largest such decline since Dec. 21, and is still up 15% for the year. The Dow industrials added 114.01 points, or 0.4%, to 25942.37, recording a 2.1% slide for the week that was its largest in two months.

The tech-laden Nasdaq Composite advanced 6.35 points, or 0.1%, to 7916.94. Apple, which cited trade progress and an improving growth outlook in China on its earnings call last week, fell $2.77, or 1.4%, to $197.18 Friday even after trimming declines, bringing its weekly slide to 6.9%. Semiconductor companies that had helped lead this year’s rally entering the week also were volatile, as were industrial stalwarts such as Deere and Caterpillar.

In Asia, wide declines were seen across the region as investors show their displeasure with the lack of progress on U.S.-China trade, but most stocks were off the morning lows seen at the start of the trading session in Asia. Chinese stocks improved some, but mainland benchmarks were off not-quite 1% recently. Japan and Australia were down about 0.5%.

U.S. government bonds retraced early gains to end the day little changed as investors kept an eye on U.S.-China trade developments and reacted to a mixed inflation report. The yield on the benchmark 10-year Treasury note settled at 2.455%, compared with 2.453% Thursday. Yields, which rise when bond prices fall, spent much of the day tracking U.S. stocks, which initially declined, only to recover after President Trump said trade talks will continue.