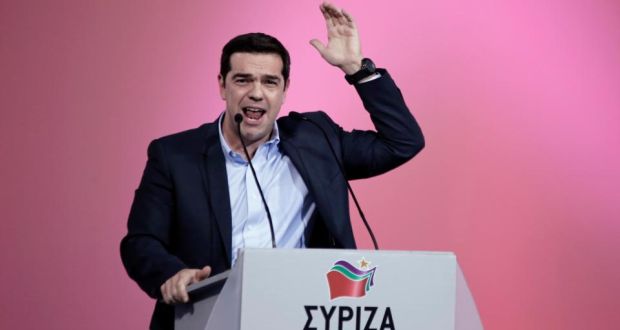 30 June, AtoZForex.com, Limassol – Tsipras’ decision to call a referendum Friday night has added a new layer of complexity to the negotiations and a mild chaos to the markets. Portugal, Spain and Italy’s stock markets are all down roughly 4 percent. The large European banks have declined by 4 to 6 percent in the aftermath, while European peripheral debt is recording a mild gain in yields, eventually nothing dramatic. In case of the euro, the currency declined by 0.4 percent against the dollar, whereas Gold is up all of $3, depicting a 0.3 percent up.

Citigroup’s Tobias Levkovich has been telling his clients not to change their U.S. equity holdings, noting that Europe is only a bit more than 10 percent of S&P 500 sales and that the U.S. economy is improving. On the contrary, David Kostin, chief U.S. equity strategist at Goldman wrote: “We expect the S&P 500 will hover near current levels during the next 12 months with dividends providing most of the prospective 3 percent total return.”

Many believe that Tsipras chaos strategy was in hope to encourage Europeans to go for a better deal, as that was the only choice left. If he have went ahead and agreed to austerity, the Greeks would have thrown him out. If he didn’t agree, they would have thrown him out. Setting up a path for a national unity government. In the end Tsipras chaos strategy may have been fruitful, as the negotiations with its creditors are in continuance and seemingly going well, with the Europeans appearing to make some concessions. Earlier today, the German chancellor Angela Merkel told her party that: “If the euro fails, Europe fails,” indicating that she might be setting up for concessions.

Yet, these remain al speculative for the market, as for now the key date is July 20th when Greece faces an European Central Bank payment of 3.5 billion euros. Where not paying it would officially put Greece in default. Whereas missing 1.5 billion euro repayment to the International Monetary Fund on Wednesday would only leave them in arrears.