FTSE 100 rose, despite Eurozone crisis fears after a heavy defeat in Sunday’s vote for constitutional reform. It led to the resignation of Italian PM Matteo Renzi, igniting political risks. What to expect from other European markets?

6 December, AtoZForex – The FTSE 100 Index lifted 22.2 points to 6753 levels, as traders shrugged off fears of a eurozone crisis. The No vote would have less effect than the UK’s Brexit poll or Donald Trump’s election as US President. The FTSE 250 Index rose 13 points to 17448.2 levels.

Across Europe, Germany’s Dax bounced more than 1 percent, while the Cac 40 in France surged 0.7 percent. The sharp depreciation of the euro and European indices have been rapidly reversed. Bearing more than a passing resemblance to the UK referendum and US election results. The MIB in Milan dropped by 1.5 percent as the country looks set to enter a period of political uncertainty. On Monday’s trading session the biggest risers in the FTSE 100 Index were Antofagasta, Tesco and BHP Billiton. The biggest fallers in the FTSE 250 Index were G4S, Euromoney, Cranswick, Grafton Group Units and James Fisher. 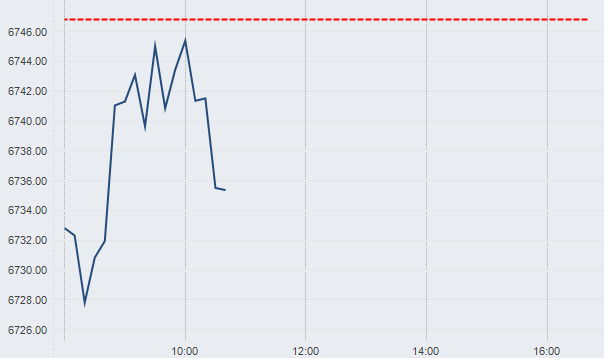 Italy’s bank’s index fell by as much as 4.8 points in early trade as investors fear political instability. The index, which has dropped by 46.9 points so far this year, now on track for its biggest annual drop since the height of the euro debt crisis in 2011. Despite dragging into positive territory, the bank’s index shut down 2.2 points. Shares Monte Dei Paschi dropped 4.2 points, while UniCredit tanks 3.3 points and Banca Popolare Milano lost 7.9 points.

Italian bond markets were also shaken by the referendum result, with the yield on 10-year government debt rising by as much as 14 basis points to 2.07 points. During early trading hours on Monday European stock exchange, with the exception of Italy’s benchmark index, managed to close in positive territory.