15 October, AtoZForex.com, London – Deutsche Bank has identified and now presents for traders a multi-year profitable trade irrespective of China, the ECB or Fed.

After thorough analysis and comparison, Deutsche Bank analyst advises to short GBPJPY. “We like selling the cross on a medium-term basis on the back of three major drivers,” DB adds. 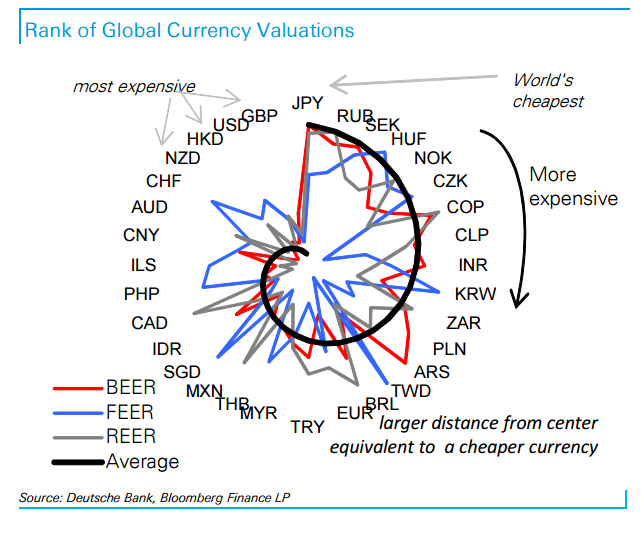 Second of all, UK is expected to be in trouble the next year. Currently, the economic growth picture is holding up well, notes DB, and BoE lift-off is being priced in for 2017. However, the situation might be different as 2016 comes into play. “The UK will be hit with the largest fiscal consolidation in the G10 because the government stopped deficit reduction ahead of this year’s election,” DB adds.

Lastly, USDJPY is finally turning direction. One more round of BoJ easing might mark the pinnacle in monetary easing as the central bank will run out of JGBs to buy, DB argues, “the current account is turning back up and the GPIF reallocation trade is maturing as targets are approached.”

How much can GBPJPY drop? “Given past PPP over and undershoots, the cross has space to fall to 100 or below, a 50% drop from current levels,” DB projects.

Thin we missed something? Let us know in the comments section below.