Get VIP Trading Signals Market Watch
Trade Now Your capital is at risk.
Now we can observe a growing number of startups which are offering different solutions based on the blockchain technology. If you want to start your own project, you might want to know in which country it might be to do it easier, faster, cheaper and profitable. AtoZ Markets prepared the top 7 blockchain countries for startups.

July 29, 2019, | AtoZ Markets - Blockchain is not a very new technology, as it was introduced 10 years ago. However, in that period of time, only a few countries decided to apply this innovation to their territory.

Despite certain concerns, which did not fade away entirely, since the beginning of 2018 the number of blockchain-friendly countries has increased significantly.

National leaders of certain countries took regulatory measures to attract foreign and local capital into the blockchain market. What are those top 10 countries to adopt blockchain technology? AtoZ Markets decided to fin out. 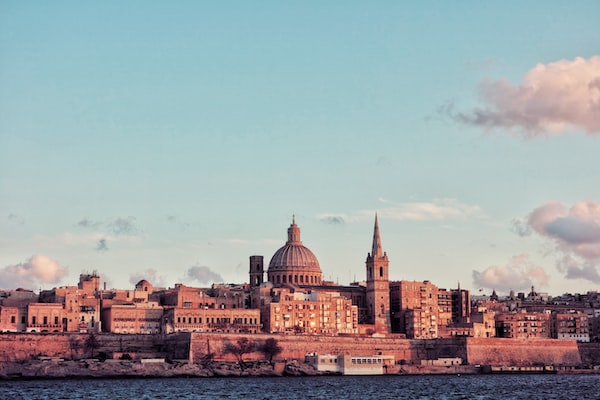 Without a doubt, we could call Malta a “blockchain island”. This country is considered as one of the most blockchain-oriented regions and the leading center for blockchain and cryptocurrency.

The Parliament of Malta approved the legal framework for blockchain technology last summer. This decision made this small island in the Mediterranean Sea one of the most blockchain friendly countries in the world and definitely a leader of our top 10.

In addition, the country’s Parliament has licensed 3 cryptocurrency and blockchain expenses in the last 12 months.

In May 2019, Malta’s leading blockchain advocate and the Parliamentary Secretary for Financial Services, Silvio Schembri, announced, about the first blockchain-based government authority - Maltese Registry of Companies to start running on a blockchain system.

"We are proud that as a jurisdiction, Malta is the first country worldwide to have an operative regulatory framework that provides sub-certainty and diligence across the world," stated the prime minister Dr. Joseph Muscat during , that took place a few months ago. 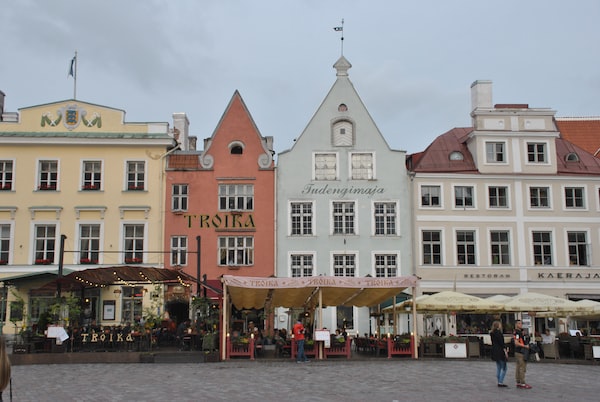 According to Deutsche Welle, Estonia was named the best country for the business in the field of cryptocurrency and blockchain in March 2019.

The country authorities perceive the blockchain technology quite favorably and consider it a priority for state development. Estonia was one of the first nations to adopt special amendments to the law to combat money laundering, which made it possible to conduct crypto business in the country.

Estonia was the first country to establish a blockchain-based e-residency program. The government is also considering to implement blockchain in healthcare, financial services, and e-governance as well.

Estonia also hosts a number of Bitcoin-based ATMs. Estonia has declared as an advanced country in the blockchain technology area. It is a perfect example that explains how developing countries could largely benefit from the advantages provided by the new technology. 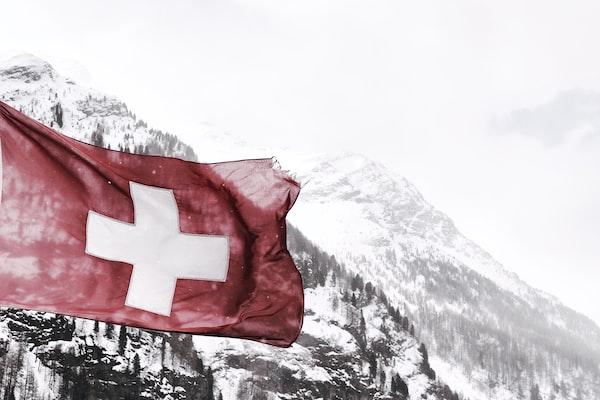 Switzerland was ranked 1st as a crypto-friendly country in Europe in 2018. Also, it is the home of the Ethereum Foundation, a non-profit that developed Ethereum, one of the largest blockchain platforms.

A few months ago, different publications reported that Facebook is considering plans of launching its own stablecoin, dubbed as Libra. Later, the media revealed, that in Geneva, the social media giant registered a new subsidiary, dubbed as Libra Networks, which will focus on the stablecoin’s launch.

There was no surprise that Facebook had chosen Switzerland for its new project.

This country of cheese, chocolate, luxury watches, and banks is the leading center for blockchain and cryptocurrency.

The Swiss leading global financial hub - city of Zug with excellent domestic and global business networks, efficient bureaucracy, and low corruption in its turn has been recognized as “Crypto Valley” all over the world. In addition, Swiss citizens have a high level of knowledge of blockchain.

In December, the Swiss parliament proposed regulation and termed Bitcoin as a foreign currency. This increased the activities related to cryptocurrency in the country. Blockchain in Switzerland is expected to be introduced into financial service, insurance, logistics, energy, and healthcare in the near future. 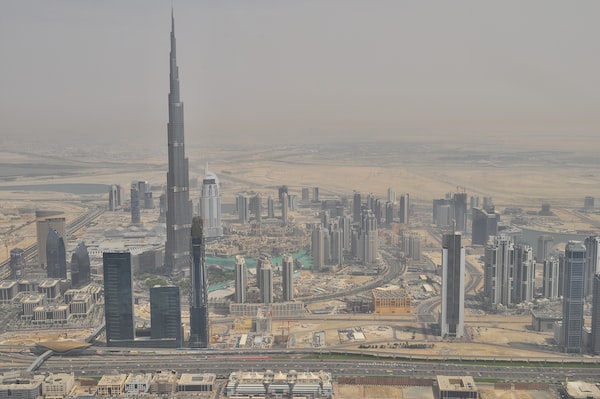 Dubai as an early adopter of cryptocurrency introduced its own coin named Dubai Coin (DBIX) at the beginning of 2016. The United Arab Emirates is well known as one of the advocates of blockchain and cryptocurrency.

The local government has a very ambitious goal when it comes to the blockchain. In 2016, the crown prince of Dubai revealed that the government has a vision of creating a paperless digital enterprise to become the first country in the world to have a “blockchain-powered government by the year 2021. Two years later, in October, IBM and Smart Dubai introduced a government-endorsed UAE blockchain platform with the vision to make the emirate a fully digitized government by the year 2021. Back then the director-general of Smart Dubai, Dr. Aisha Bishr stated:

“Dubai has been a pioneer in blockchain technology since its inception, while other major cities around the world were reluctant to embrace it for city-wide implementation.”

Dubai is one of the preferable countries for blockchain startups. Also, the jurisdiction is also very co-operative towards the blockchain and crypto industry. In addition, the government plans out to roll out different blockchain-based initiatives to support education, energy, health care, and Road and Transport.

5. The UK has a high number of blockchain startups 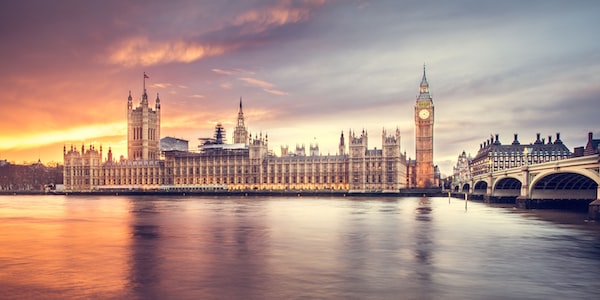 The UK has the second most number of blockchain startups in the industry. The local authorities have planned to improve its regulation against identity theft and slow financial services with the proper implementation of the blockchain technology.

In August 2016, the government launched Blockchain-as-a-service (BaaS) as a part of ‘Innovate UK’. This is used for paying welfare checks and student loans.

Also, the department for work and pensions in the UK allows the pensioners to claim payments through blockchain-enabled mobile apps.

The ICO investments in the UK increased from 50M USD in 2016 to 150M by 2018, which is a 300% growth according to the report by the Big Innovation Centre. The report states that over £500 million investments were made into British based blockchain startups in 2017-2018. 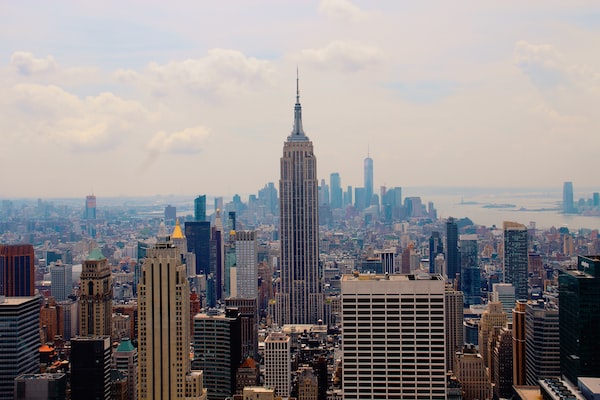 The USA holds over 40% of the total blockchain startup market. It is a major player in the blockchain and cryptocurrency ecosystem. As per the latest report, the US Federal Government intends to increase spending on the blockchain 10 times. As a result, the amount of spending in this direction will increase by the end of 2021 to 123.5 million dollars, while in 2017 funds were allocated only in the amount of 10.7 million dollars.

Many US-based financial companies, including Goldman Sachs and JP Morgan Chase, are investing in blockchain technology to create a more efficient network to process financial transactions. In April 2019,  Investment banking giant JPMorgan Chase revealed that reveals that the 201 banks have joined its permissioned variant of the Ethereum blockchain, the Interbank Information Network (IIN).

Goldman Sachs in its turn has recently listed a job opportunity for Digital Asset Project Manager. The announcement was made just a few days after the financial firm hinted considering its own stablecoins launch. 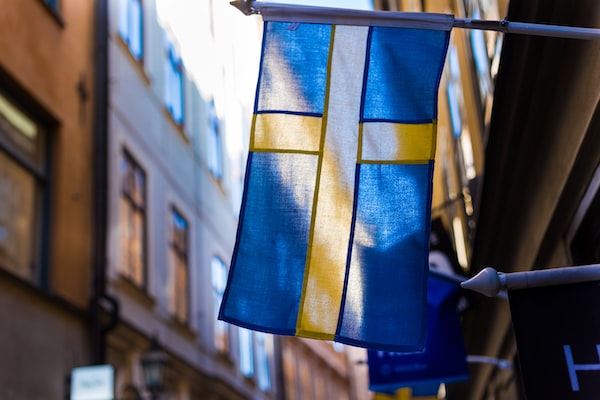 In general, Sweden shows a vivid example of the real implementation of modern technologies in real life. The country has the potential to eliminate cash very soon, with the help of its own digital Swedish currency, e-krona.

The local authorities are working on the introduction of blockchain into the scope of the real estate registry. The government is testing a model in which land ownership contracts are located inside the blockchain network. This means that data on new contracts, transactions and owners are stored in the entire network for all users at once. This reduces the risk of counterfeiting and hacking, and therefore illegal interception of property.

The growing demand for blockchain has reflected an increase in such startups. Sweden is also home to numerous startups including bitcoin exchanges and crypto companies.

Other blockchain friendly countries to consider

Obviously, this list does not end here. There are other countries like Australia, Haiti, Brazil, Denmark, Gibraltar, France, Korea, Denmark, South Africa embracing blockchain rapidly. Blockchain is expected to develop and expand in the upcoming decades.

The blockchain enthusiasts believe, that this expansion will be entirely different from the internet boom. Certain countries are adopting their legislation to the new technology, others remain negative toward the cryptocurrency. However, both are encouraging blockchain growth as they see its huge potential.